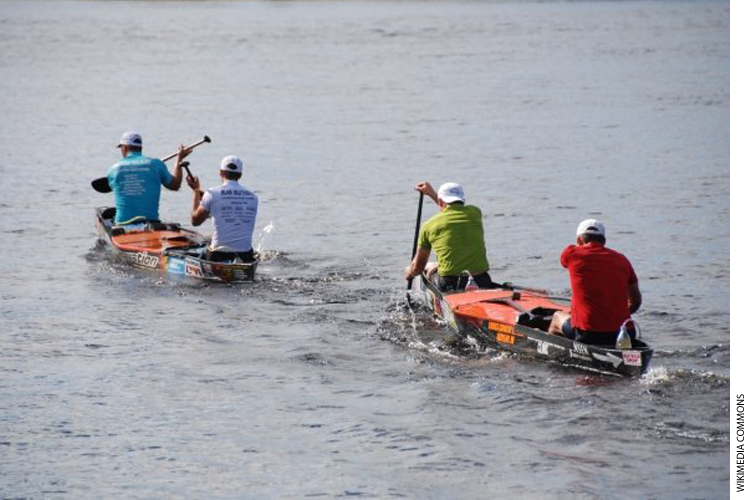 Imagine two canoes paddling down a river. One canoe encounters a series of obstacles: rapids buffet it about, a fallen tree blocks its way, jutting boulders scrape the hull. The other canoe continues unimpeded. Any onlooker on the shore could comment, “the first canoe is falling behind the other,” and few would suggest this is a controversial observation. Yet when it comes to the question of how students are doing during this terrible pandemic year, the validity of so-called learning loss is very much in question.

This pushback has shown up in recent weeks across both major publications and social media. The Washington Post published a piece from literacy professor Rachael Gabriel asserting that “There is no such thing as learning loss,” only a “loss of a previously imagined trajectory leading to a previously imagined future.” While acknowledging that some academic progress has been significantly impacted, Ron Berger wrote in The Atlantic that he is “concerned about how this growing narrative of loss will affect our students, emotionally and academically.” Popular memes like the below one have emerged, variously suggesting that catching students up academically is a low concern or that the learning loss idea is being pushed by greedy testing companies: 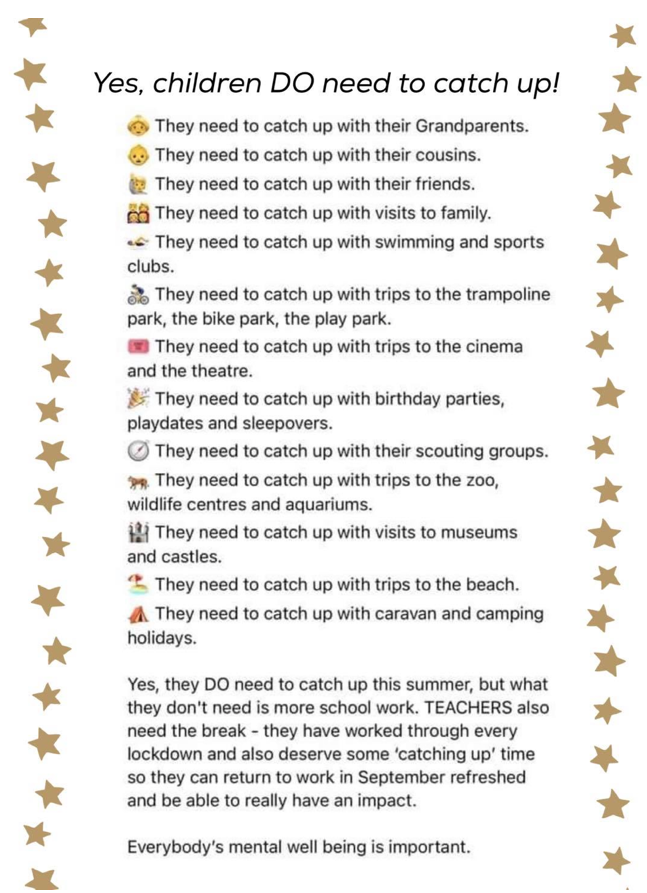 Unraveling this knot starts by delinking three ideas: (1) that learning is a discrete brain function which can, in fact, be lost; (2) that learning standards can be arbitrary and exist in an inequitable system, but they are not going anywhere in the immediate future; and (3) that there are other life lessons to be learned during the pandemic, and more to life than academics.

First, let’s ask an important and under-examined question: what is learning? Neuroscientist William Klemm puts it this way: “learning experiences change the functional [brain] circuitry that is used to process and remember a given learning event.” Through a complex series of anatomical and chemical changes, the brain is altered in meaningful ways that allow us to access new knowledge and skills. When a given piece of knowledge or skill is underused, the brain has a tendency to “prune” those synapses. Anyone who has fleetingly tried to learn a new language knows how fast the information slips away, as if through a sieve.

So when we say “learning loss,” we can literally mean learning loss. Consider English Learners who have been isolating in monolingual homes: as The New York Times reported in one wrenching anecdote, “When Taniya first noticed her English slipping in September, she would read to herself out loud to practice speaking, pulling from a towering stack of picture books and young adult novels piled on her dresser. But over time, it became harder to pronounce the words and took longer to finish each chapter. Eventually, she stopped trying.” A similar story exists for students with reading difficulties, and for the startlingly large number of students who simply stopped attending school entirely.

Whether it is arbitrary to ask students to meet certain comprehension standards by 3rd vs. 4th grade is therefore largely moot: the loss is real in an aggregate sense, not a relative one. I don’t know what other word we should use for these disruptions. Descriptively, a skill that previously existed at a certain level no longer does.

Even in the relative sense, there has been loss regardless of the existence or absence of a measuring stick: A skill that would otherwise have been learned to a certain level in a non-pandemic year was not. The other canoe isn’t another student: it’s the same student in a normal year. In fact, a segment of students have certainly experienced relative learning gains during the pandemic, and we should not wave away that progress any more than we should ignore the majority who are struggling. One can reasonably fashion the relative gap as “unfinished learning,” as some stakeholders prefer, but we should be careful about getting too precious and losing sight of the literal losses.

Indeed, in some senses, this is a semantic problem. Many of those questioning learning loss seem to suggest that focusing on how students have fallen behind is “deficit” thinking and misses the ways they are resilient. As Berger put it, “Next time you hear the phrase learning loss, think about whether we really want to define our students by their deficits instead of their potential.” Yet multiple things can be true at once: students can have slipped on their academics while retaining their potential and also gaining experience in areas like adaptation, solidarity, and understanding societal inequities. Berger’s article was titled “Our Kids Are Not Broken,” and I think that’s a bad misunderstanding of the learning loss concept.

Back to the canoes. No one would say the canoe that encountered all those obstacles, or the paddler inside it, is flawed. The canoe didn’t fell that tree. The paddler didn’t raise those boulders. Pointing out a challenge is only problematic if it comes with a side dish of condemnation: why did you choose to go that way? Why didn’t you paddle harder? While often used in the U.S. to denigrate poor people or people of color, those accusatory questions do not appear to be part of this particular conversation.

The other intimation of the anti-learning loss crowd is that the American education system was awful to begin with, so why exactly are we trying to catch kids up so they can go back to the awfulness? It’s undeniable that our system can be brutal, particularly for students of color; Jonathan Kozol’s description of “savage inequalities” is apt now as when he wrote his book in 1991. The calls to use this opportunity to remake the system should absolutely be heeded, but realistically, that is not going to happen immediately.

In the meantime, the current cohort of students still face a system where seat time is prioritized over mastery; where each successive grade assumes you know the content in the grade below; where you are forced out after 12th grade; where the ability to access higher education for a credential or degree is deeply determinative of future financial prosperity. It is simply unfair to the tens of millions of students currently enrolled to deprioritize their academic recovery. To put one facet of this bluntly: children need to know how to read, and fewer of them are currently reading as well as they otherwise would be. That demands our attention, not our platitudes.

Learning loss is a complex topic, and the reflexive resistance to suggesting anything “negative” about children who did nothing to bring this pandemic upon themselves is understandable. If we can all speak with more clarity and detail exactly what we mean—what is being lost, how does that relate to learning standards, and how do we simultaneously meet today’s students where they are while preparing a new system for tomorrow’s—the conversation can become far more productive. The first step, though, is to get everyone on the same page that learning loss is, unfortunately, very real.

Elliot Haspel is a former public school teacher and the author of Crawling Behind: America’s Childcare Crisis and How to Fix It.