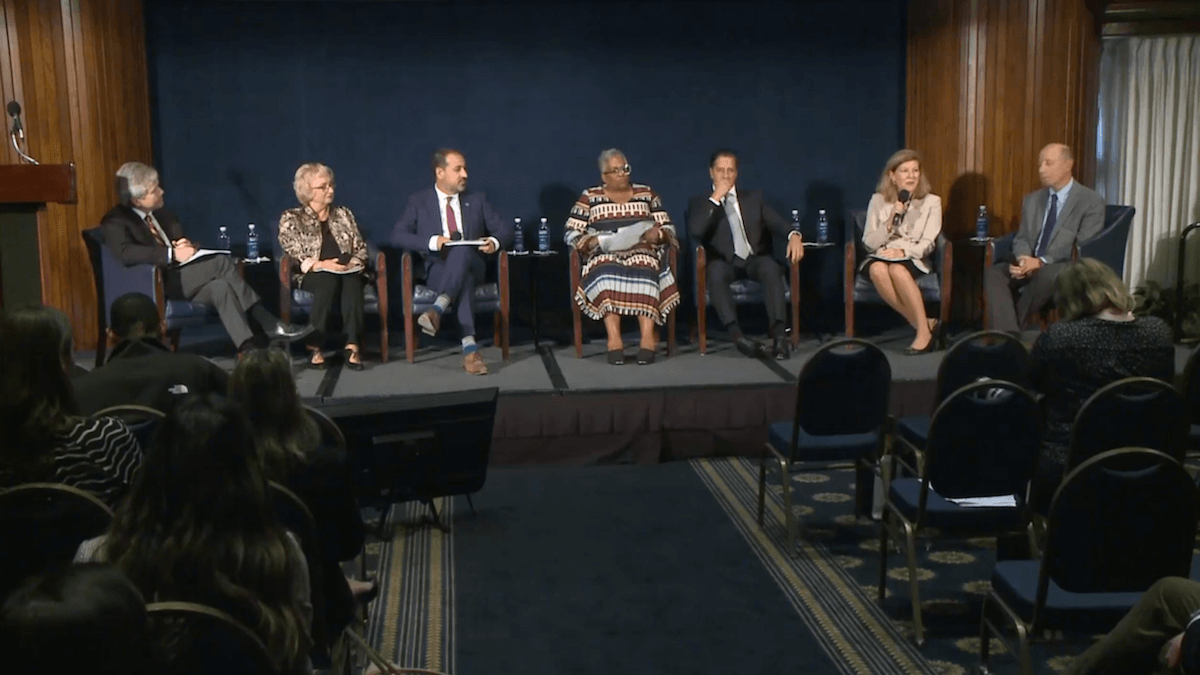 In a polarized time, everything tends to become political and reflexively stupid. Combating that requires a lot of things. A big one is reliable, respected facts. Well, when it comes to education, no facts are as reliable or respected as those produced by the National Assessment of Educational Progress (“the nation’s report card”).

Fortunately, there has been a strong bipartisan effort, at least since the Al Gore fiasco of 1999 (more on that in a moment), to ensure that NAEP releases are buffered from political considerations and walled off from political appointees. This effort has reflected the ethos of the independent 26-member National Assessment Governing Board.

This year, however, there were some warning signs that suggest disconcerting cracks in that firewall.

When the long-term-trend NAEP results were released for 9-year-olds in early September, a senior Department of Education political appointee was given an extended speaking slot on the press call to discuss the administration’s efforts—a break with protocol. Using the NAEP release as a platform for political appointees to promote the administration’s message is the kind of thing that blurs the line between impartial research and partisan politics. This was noted at the time but didn’t seem to merit discussion as an isolated incident.

Last week, however, at the biennial NAEP report card release (pushed into this year’s election season by a pandemic-induced delay from the original fall 2021 schedule), the event at the National Press Club again featured a senior Department of Education political appointee. Earlier, the conference call to brief reporters on the embargoed results had featured extended remarks by U.S. Secretary of Education Miguel Cardona. In fact, the opportunity for reporters to ask questions about the results was truncated so that Cardona could speak.

Meanwhile, the internal National Center for Education Statistics landing page for the NAEP data included not only the assessment results but also a “Biden-Harris Administration Academic Recovery Strategies” document—which turned out to be mostly an assemblage of administration talking points. Whether the decision to post this document was made by staff at NCES or NAGB, and whether done voluntarily or in response to external pressure, posting it was a mistake.

My antennae have been up on this because I had an odd experience with the NAEP release. Several weeks ago, I asked (as a longtime EdWeek blogger) for routine access to the embargoed NAEP results when they were made available to the press. Eventually, my request was denied by NCES: I didn’t qualify for access because I wasn’t filing a news story on deadline. The problem? For one thing, I was indeed writing about the results, on deadline. For another, I know individuals at multiple outlets who received access even though they were not, in fact, filing news stories on deadline.

Given that I’ve been a relatively high-profile critic of the Biden Department of Education’s efforts, I can’t help but wonder if NCES’ decision to deny access was influenced by concerns about whether they risked giving offense by allowing me access to the results. Those kinds of doubts are inevitable, though, when the standards for sharing information are inconsistent and the lines between research and politics start to blur. NAEP needs to be kept well away from politics, precisely to keep such concerns from taking hold.

A moment ago, I mentioned the Al Gore fiasco. Well, back in fall 1999, when Vice President Gore was already running hard for president, he assumed the podium for the NAEP release as an opportunity to capture the news cycle and sketch his thoughts on education. After that kerfuffle, and the passage of the Education Sciences Reform Act of 2002 (which created the Institute of Education Sciences), there was a redoubled focus on avoiding a repeat.

That norm held through the Bush and Obama years. Unfortunately, in 2019, Secretary of Education Betsy DeVos spoke at the NAEP report card release. Amid the vicious and overheated cheap shots on DeVos, it was easy to overlook this misstep. But it was a mistake, breaching the wall that NAGB and NCES need to maintain between NAEP and political officials—even if that requires statistical wonks standing up to Department of Ed. politicos or White House minions. That means telling both Republican and Democratic officials that it’s not appropriate or useful to have them participate in the NAEP release.

Look, I’ll be the first to note that we’ve got bigger problems to deal with than NAEP’s credibility (starting with the actual numbers that NAEP reported last week). But it’s easier than you’d think for even something as valuable as NAEP to get sucked into today’s all-consuming political maw, its hard-earned reputation undermined, and its findings tainted. It’s in all our interests to ensure that doesn’t happen.