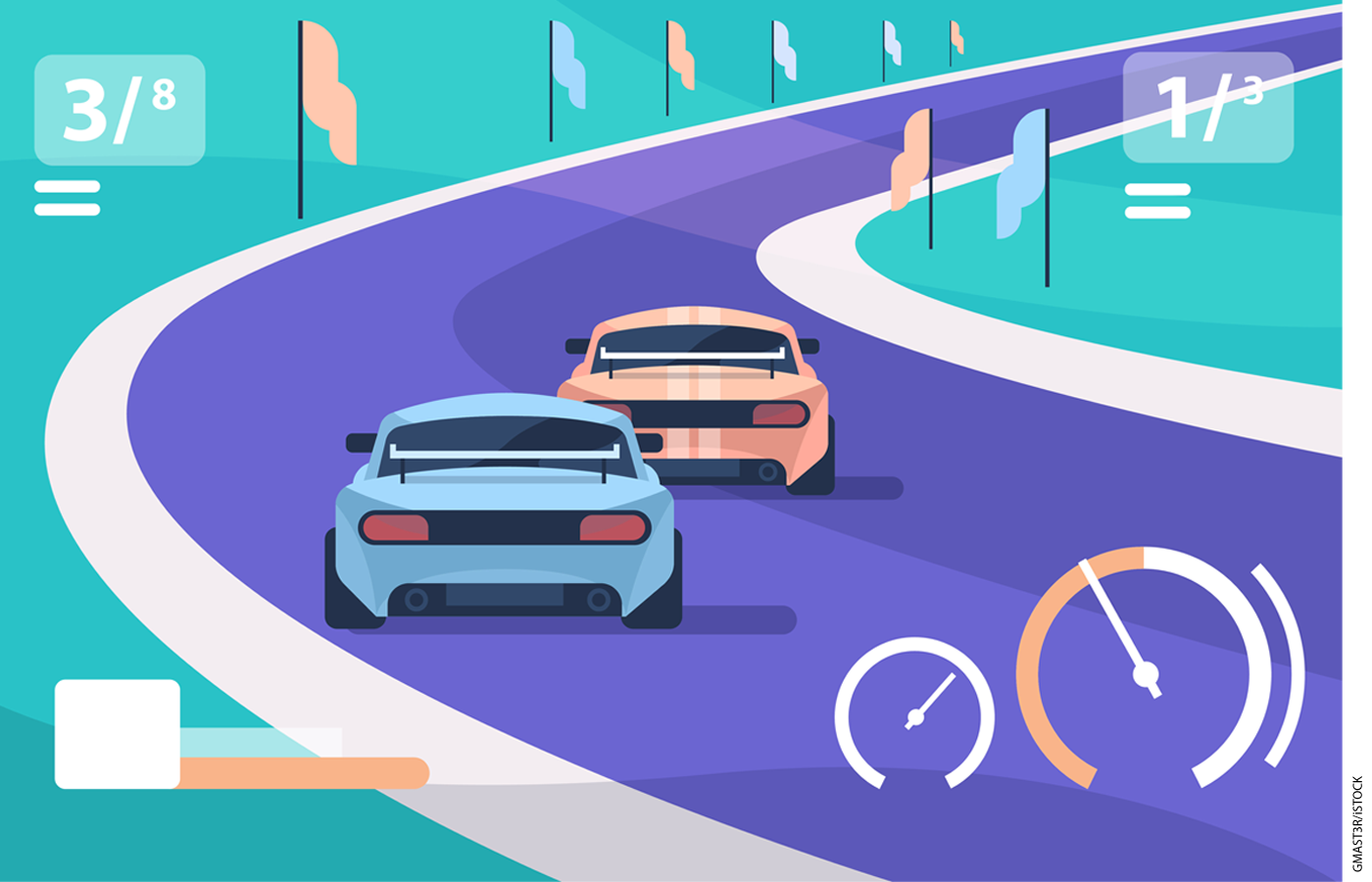 Recently, in a 9th grade English classroom, I watched a student named Jose stand by his desk while tucking his laptop’s screen under his forehead, cupping his left arm under the keyboard, and pecking at the keys with his right hand. I wondered why he was contorting himself just to type. When I craned my neck and found the gap between his hair, chin, and keyboard, I saw a race car careening across his screen. I realized he was sneaking in some gaming. Even in this well-functioning school in a classroom with a strong teacher, the student’s ability to focus on complex text seemed fragile, and for good reason. According to a 2022 Ed Week study, daily screen time jumped 17 percent for students ages 8 to 18 between 2019 and 2021, while 80 percent of teachers said that the more time students spent on screens the worse their behavior, including their distractibility, became. In the classroom I was observing, however, the teacher overcame Jose’s distractions by leveraging even stronger impulses. She set up classroom activities that drew students’ attention with irresistibly satisfying interactions with classmates.

The teacher told Jose to move his seat and join his classmate Erik so that they could discuss their answers to a question from a quiz they had just taken. Jose walked over to his partner, and put one knee on the empty chair next to him and continued to steer the car in his video game. Erik asked him what answer he had given to the question. Under his breath, Jose answered “C” and continued steering. Erik responded, “I think it is B.”

Then something surprising happened. Erik rolled his eyes and expressed some annoyance: “Why did you put C? I think B is the right answer,” and nodded to Jose to put his laptop down on the table and look at him. Jose responded, laid his laptop on the desk, and said, “I don’t think it is B. Look here…” and he pointed at a place in the text that he thought proved that C was correct. Erik listened, his eyes lighting up, “Ah, but that’s exactly why B is actually correct.” After some back-and-forth, Jose had to agree.

A classmate’s annoyance had drawn Jose out of his gaming trance much more effectively than any teacher could. With just a look, Erik got Jose to stop driving the pretend car and pay attention. Erik felt a sense of urgency to figure something out and he expected that Jose could help him—not because Jose was the better student (he wasn’t), but because Erik knew a discussion about different answers could clarify his own thinking. And Erik’s teacher had put him on a road to look for that kind of satisfying interaction with his classmates through daily practice.

Throughout the year, the teacher had led students in activities that were structured to show, over and over again, that identifying and unpacking misconceptions individually and with peers was more central to the growth of their reading skills than getting the correct answer. When Jose pointed to the portion of text that had convinced him the correct answer was C, and then gave a thoughtful, if incorrect, explanation of how he saw a shift in the character’s attitude, Erik saw Jose’s misconception and was better able to explain his own correct answer. Even though Erik was pretty sure he was correct before he started talking to Jose, he had developed a curiosity about his classmate’s reasoning. Erik pushed Jose to explain his reasoning because he knew it was an opportunity to understand his own even more deeply.

In most high schools, unfortunately, conversations like Jose and Erik’s do not happen. Partly because of broad parental support for tracking, students like Jose, with his failing grades, typically take a different English class than students like Erik. Even in schools that do not track, however, there is a good chance that these two students would not read the same texts. Companies like Newsela, used in 90 percent of U.S. schools, provide leveled readings so that teachers can assign students texts to read at their specific, divergent skill levels. Major professional organizations devoted to supporting English instruction encourage teachers to leverage these tools and give students “choice,” letting the students group themselves according to the text that they wish to read. For example, Journal of Adolescent and Adult Literacy, a research publication of the International Literacy Association, told its members in a March 2020 study that “There is great value in regularly giving students opportunities to choose what they read. Choice may be crucial for engaging struggling or reluctant readers or for improving reading achievement.” In 2016, the National Council for the Teachers of English posted an article headlined “Top Five Reasons We Love Giving Choice in Reading.”

In theory, when students choose their own books, they might choose based on topic or genre, and therefore end up reading something that they are really interested in that is also challenging. But it is only the most confident students who are going to pick those books that look tough and serious. Once students have sorted themselves into groups, teachers are supposed to develop students’ ability to probe one another’s different understanding. But when teachers are supervising several groups discussing different content, they can’t work with one group consistently enough to actually develop students’ ability to push one another. And students grouped with classmates based on similar interests don’t have an obvious difference of opinion to focus on. Jose’s and Erik’s teacher matched them based on their different understanding of the exact same passage, making it easier for them to find and discuss a point of contention.

When we watch Erik and his classmates, we see their desire to point to what gets their attention. Counterintuitively, students are driven more readily to point to what attracts them when they are all looking at the same text. A lot of students assume that there will be nothing as interesting as a video game or social media. But we know that adolescents can quickly find greater satisfaction discussing different understandings of a complex book. And in addition to being complex (to provide the right sort of practice), the book has to be irresistibly engaging. Heterogeneous classes in which students read these sorts of whole books together and challenge classmates’ views develop a community in which students overcome the distractions of the electronic age to find social connections and emerge with a powerful sense of academic agency.

Arthur Unobskey is CEO of Riveting Results. Please send him comments at Arthur@rr.tools.