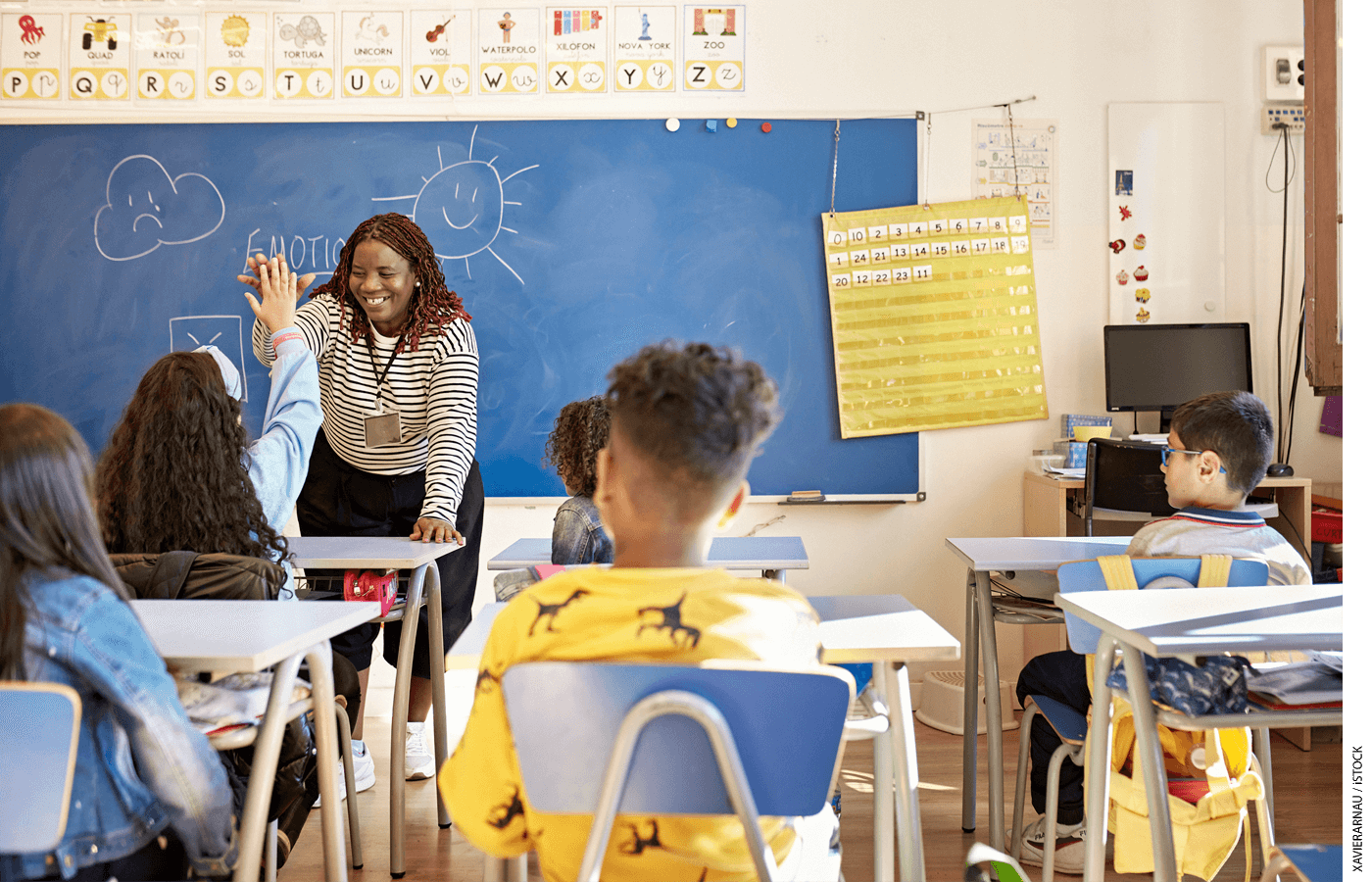 Earlier this month, I argued that “education reform is alive and well, even if the Washington Consensus is dead for now.” What’s more, I wrote that we should stay the course on the current reform strategy:

Keep growing charter schools. Keep expanding parental choice. Keep adopting high-quality instructional materials, and keep getting teachers trained up on them. Keep testing students regularly, and keep reporting the results. Keep being honest with parents and taxpayers about their students and schools are performing.

That was the too-simple version. Let me flesh out three key points:

I heard from a friend that my call to “stay the course” on the current reform agenda sounded “nostalgic in a way that feels like it might be clinging to something we have to rethink.” I can see why it might feel that way. So to clarify: The current ed reform agenda is not the same as thirty or twenty or even ten years ago. In the 1990s, for example, we were very focused on boosting the percentage of students scoring proficient on state tests—and, eventually, on seeing the “disaggregated data” move in the right direction. The focus on disaggregated results remains, but thankfully we have largely moved passed a single-minded focus on proficiency—a “snapshot in time”—and toward greater attention to individual student growth.

By the early 2010s, much of the conversation was about holding individual teachers accountable via test-informed teacher evaluations. Ham-handed implementation and poisonous politics led us to leave that misguided reform behind. On the other hand, an embrace of “high quality instructional materials” is rather new, enabled by the common set of standards for English language arts and mathematics still in place in most states.

No doubt, the agenda will continue to evolve, as well it should, informed by hard-earned, real-world experience, plus what we’re learning from rigorous research studies. We see, for example, a growing interest in school funding reform—including among those of us on the center-right. As the evidence continues to build that increases in spending do in fact relate to improvements in student outcomes, even the fiscal conservatives within the reform coalition are increasingly open to engaging on the issue. That’s especially the case if funding reform means that schools of choice—including charter schools, and maybe private schools, too—receive more equitable resources as well.

Parental choice is another fluid policy area. There’s always been a debate among reformers about how wide the range of choices should be, with conservatives and libertarians more comfortable with including private and religious schools in the mix. That debate is not going away, but new issues are joining the mix, most notably about options (and public funding) for out-of-school time, and various approaches to “unbundling” school services. Equity-minded reformers on the left may never reconcile themselves to public funding for religious schools—especially if they are allowed to exclude LGBTQ students or teachers of different faiths—but they may be more open to various forms of à la carte education. (Granted, some on the left aren’t even open to charter schools these days.)

On the testing and transparency fronts, there’s growing interest in new models for assessment—and plenty of enthusiasm for measuring student and school success with measures in addition to test scores. But this high-level agreement breaks down when digging into the details. How would assessments be different? If schools do well on “alternative measures” but not on test-score growth, then what? Should we ever consider such schools “good”? Not to mention whether we should try to return to NCLB-style accountability measures, like threatening to close chronically low-performing schools.

Reinventing high schools is another frontier for the ed reform agenda. (Though high schools have been a problem ever since A Nation at Risk, they’ve remained largely untouched by reform.) As with the country as a whole, I sense that enthusiasm for career and technical education is growing among reformers—with the usual caveats that it must be high-quality and equitable. But so far, this is mostly hypothetical; a tiny percentage of students spend significant time in high school doing serious career prep. And we haven’t yet reckoned with the major changes to high school graduation requirements that would allow students to spend most of their junior and senior years doing apprenticeships and the like instead of taking traditional academic coursework. Likewise, enthusiasm for “mastery-based learning” and the like—either in the context of traditional college-preparation or CTE—is mostly talk and little action, at least so far.

The reform agenda is mostly about policy, not practice

Ever since A Nation at Risk, the reform movement has been animated by calls for policy change. That’s understandable, given that the energy for reform has mostly come from outside the system, and thus outside the schools. And that’s still where the heart of the reform agenda lies.

To be sure, a few areas of practice have come to garner widespread support in reform-land. The best current example is around the Science of Reading, an issue that is often driven by laws (according to Education Week, thirty states have enacted reading reforms in recent years), but nothing real can happen without changing classroom practice. So, too, with the effort to get schools to adopt high-quality instructional materials, and provide effective support to teachers to ensure their faithful and effective implementation.

But on the whole, the classroom is where consensus goes to die. That’s obviously the case with the raging education culture wars around “woke” curricula, CRT, gender identity, and the like. But it’s not just these divisive social issues. It also erupts over fundamental questions about how schools do their work. Should we embrace personalized learning—even if that means that not every student covers all the academic content we think is important for them to learn? Should we ensure that all students can learn at their own pace, including advanced learners, via gifted and talented education, ability grouping, tracking, and gated access to accelerated courses? What should school discipline look like, and how worried should schools be about apparent racial disparities?

None of these issues is easy; they all feature trade-offs and competing priorities. How do we balance the needs of the lowest-performing students with those of their high-achieving peers? Or balance the needs and interests of students with behavior challenges against those of their well-behaved peers? Does it matter if both groups of students are poor and Black or Brown? We shouldn’t be surprised that liberals and conservatives hold very different views on these matters—and thus that such questions strain the bipartisan reform coalition.

The question is whether we can agree to disagree on such matters—and still be effective at driving improvements in our schools. Let’s turn to that question next.

A focus on policy, not practice, is good politics. But does it work?

It’s no small thing that reformers on the left and right can still agree on major system reforms—on issues like ensuring adequate and equal funding; measuring school effectiveness by test scores and other reliable indicators; and empowering parents with a wide range of education options, at least within the public school universe.

But the endpoint of these reforms is to improve what actually happens in the classroom, and thus boost educational outcomes—and, one would hope, life outcomes for students as well. Stopping at the schoolhouse door, then, is far from satisfactory.

That’s especially the case for what we used to call standards-based reform. The whole theory is to bring alignment and coherence to standards, assessments, instructional materials, and teacher training and support in order to improve instruction and outcomes. But it’s impossible to do any of that without facing questions about content. What exactly should students learn? How should they be taught? Perhaps in a narrow range of subjects—like early reading and math—the discussion can remain fairly technical and non-ideological. But eventually, this bumps into pedagogical and culture war debates. Which books should kids read in eighth grade English? (And which belong in the school library?) How should schools present difficult topics in U.S. history? How should schools handle the vast differences in student readiness at any given time?

School choice has it easier. There, agnosticism about classroom-level practice is a feature, not a bug—if advocates can get policymakers and the public to embrace pluralism as a guiding principle. Let schools come to different decisions about all of the sensitive questions, and empower parents to choose the school that best fits their values. Yet that’s harder than it sounds; pluralism is all well and good until a school promotes a view that someone finds offensive, or sets admissions rules that some consider discriminatory.

But there’s an even more fundamental, almost existential problem with reformers sticking with policies instead of practice: Policy alone doesn’t move the needle on student outcomes all that much. To be sure, the evidence is clear that reforms such as testing and accountability, smart funding increases, and carefully expanded parental choice can all boost achievement. But the gains tend to be incremental. If we are committed to addressing the massive learning loss experienced by millions of students during the pandemic, incremental gains won’t be enough. We simply must improve classroom instruction. We have to make a marked impact on what students are doing all day long, whether their teachers are challenging them, supporting them, using instructional materials that are well-aligned to what works, pushing them to work harder and smarter.

So we reformers face a choice: Stay in the relative comfort zone of public policy—or engage in the messy world of classroom practice, too. If we want to make a real difference for kids, and our country, I vote for the latter. But we are going to have to be thoughtful to find ways of doing so while keeping our coalition together.