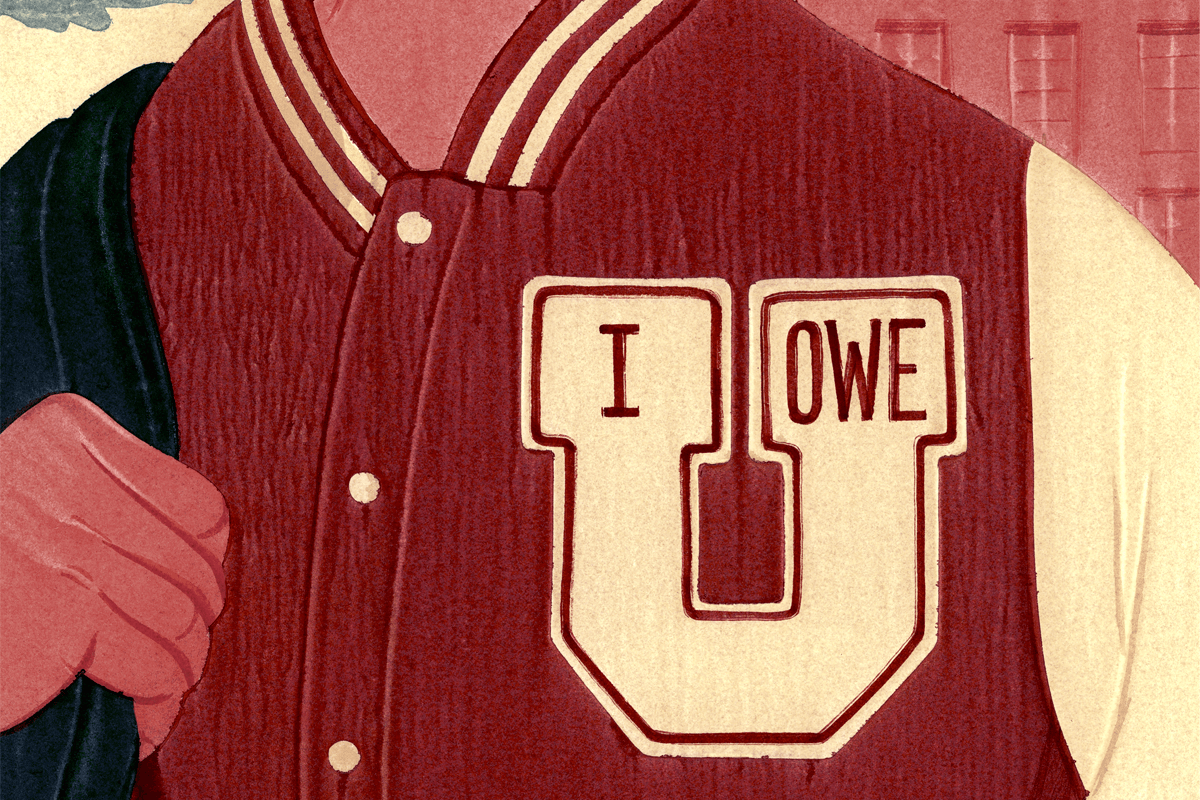 The popular-media coverage of student loans would have you believe that a generation of young workers is being crushed by unaffordable student-loan debt they can’t escape. Indeed, when presidential candidate Senator Elizabeth Warren last year put forth a proposal to cancel $640 billion dollars in education debt, the plan met with popular approval. According to a May 2019 poll by Politico/Morning Consult, 56 percent of voters supported Warren’s proposal, while just 27 percent opposed it.

Popular support notwithstanding, widespread student-loan forgiveness is a bad idea—not because such a program would be too costly or because it would undermine the social compact for individual responsibility. Rather, it’s a bad idea because the problem it’s designed to address isn’t the one that needs fixing.

The picture of the issue painted by the media is distorted. Why? First of all, the typical student borrower has but a modest monthly payment to make relative to his or her income. That’s because college degrees, on average, pay big dividends in the form of higher wages over the course of one’s working career. The typical college graduate with debt will have borrowed $28,500 in pursuit of a bachelor’s degree. The borrower can repay that amount with monthly installments of $181 on a standard, 20-year repayment plan.

Second, the media narrative generally ignores the fact that the federal student-loan program, which accounts for more than 90 percent of the outstanding student-loan balances in the country, has since 2009 allowed borrowers to reduce their monthly payments to an amount that’s pegged to their current income. According to a recent report from the Congressional Budget Office, almost half of borrowers are currently making reduced payments on an income-based repayment plan.

So, for the most part, student loans aren’t unaffordable. Nor are they inescapable. Pundits and politicians often mention the fact that such loans aren’t easily dischargeable in bankruptcy—but, in fact, the federal loan program includes protections to prevent borrowers from reaching the brink of bankruptcy. When federal student-loan debt remains unaffordable for a long time, that is, when the borrower’s investment in education has failed to yield returns in the form of a well-paying job, the debt is automatically forgiven. That process takes 20 years for those who work in the private sector (or don’t work at all) and 10 years for borrowers who work in public service. Either period is a long time to have a large debt hanging over your head, but, as noted above, borrowers needn’t be making unaffordable monthly payments during that time, since all are eligible to make reduced, income-based monthly payments. Those with very little or no income don’t have to make payments at all.

The problem, generally, with wide-scale student-loan forgiveness is that it would be layered onto a system that already does a decent job of helping out those who need help the most. Any expansion of eligibility for education-loan forgiveness would almost necessarily bring about a regressive change in the allocation of resources—increasing the proportion of aid being delivered to already well-off borrowers.

For example, a recent report from the often-left-leaning Brookings Institution analyzed the distribution of benefits that would result from the loan-forgiveness plan that Warren proposed. They found that the benefits would disproportionately accrue to higher-income households. The bottom 60 percent of households would receive only 34 percent of the benefits.

Those who struggle the most to pay back education loans are borrowers who don’t complete their degree programs. Often, these individuals have not acquired the skills or credentials to secure the higher-paying jobs that can make loan repayment affordable. Even with the safety nets that are now woven into the federal student-loan program, many in this group face financial distress. Instead of lessening the cost of college for those who’ve “made it” by offering broad loan forgiveness, policymakers should consider tailoring solutions to those who most need help. One possibility would be to allow students who are normally eligible to receive federal Pell Grants during each semester of enrollment to collect more of these funds in their initial semesters. Shifting more of the grant aid to the first year or two of college would mean that students could potentially accrue less debt early on. This relatively modest change in the timing of Pell Grants could go a long way toward reducing the financial distress among student borrowers. The highest rate of default on student loans is among borrowers with less than $5,000 in debt, who are often those who started college but did not finish.

Advocates of blanket student-loan forgiveness sometimes concede the points I’ve made here but continue to defend the policy on the grounds that it would be “good for the economy.” There is some sense in that. Sending taxpayer dollars out to those who are likely to spend them does have the potential to stimulate the economy (as long as the effect isn’t offset by others anticipating their taxes will go up and reducing consumption accordingly). But if the main goal is stimulating the economy rather than supporting borrower welfare, there are other policy options that would more effectively achieve that end. Even throwing dollar bills out of a helicopter might work.

Under the CARES Act, Congress temporarily excused all borrowers from making payments on their federal student loans, which was a reasonable step. Even though it likely delivered poorly targeted benefits, disproportionately aiding borrowers who didn’t lose their jobs, it ensured that workers who did lose income wouldn’t face negative repercussions from missing a payment; nor would they need to hustle to sign up for an income-based repayment plan that would excuse them from making payments.

With that benefit set to expire at the end of 2020, the policy conversation has progressed beyond stopgap measures to a more comprehensive overhaul of the system. Senator Lamar Alexander, chair of the Senate education committee, introduced a proposal that is largely consistent with the ideals I’ve laid out above. Rather than offering widespread loan forgiveness, he has proposed a streamlining of the existing safety-net provisions, which will more effectively ensure that those with unaffordable debt won’t have to pay. Alexander’s proposal offers borrowers two options: a standard 10-year plan and an income-based plan. Under the latter, borrowers with no income would be excused from making payments. When a borrower starts earning income, the payment would be capped at 10 percent of the person’s income that surpasses 150 percent of the federal poverty line. Higher-income earners would not be eligible for this benefit.

Unlike some Democratic plans that call for a one-time pardon from debt for all, Alexander’s plan ensures a system that will work to ease the economic burden of student debt for troubled borrowers today but will also ensure student-loan affordability during future downturns, and even when individuals face personal financial crises.

It’s easy to appreciate why widespread student-debt relief is an appealing proposal. Those of us with some years behind us empathize with today’s young adults who are coming of age in a difficult economy. We want them to have every opportunity to succeed, but borrowing for education actually creates opportunities for most people. Loan forgiveness should be reserved for those who truly need it.

This is one half of the forum, “The Fallacy of Forgiveness.” For an alternate take, see, “Mass Debt Forgiveness Is Not a Progressive Idea,” by Sandy Baum.