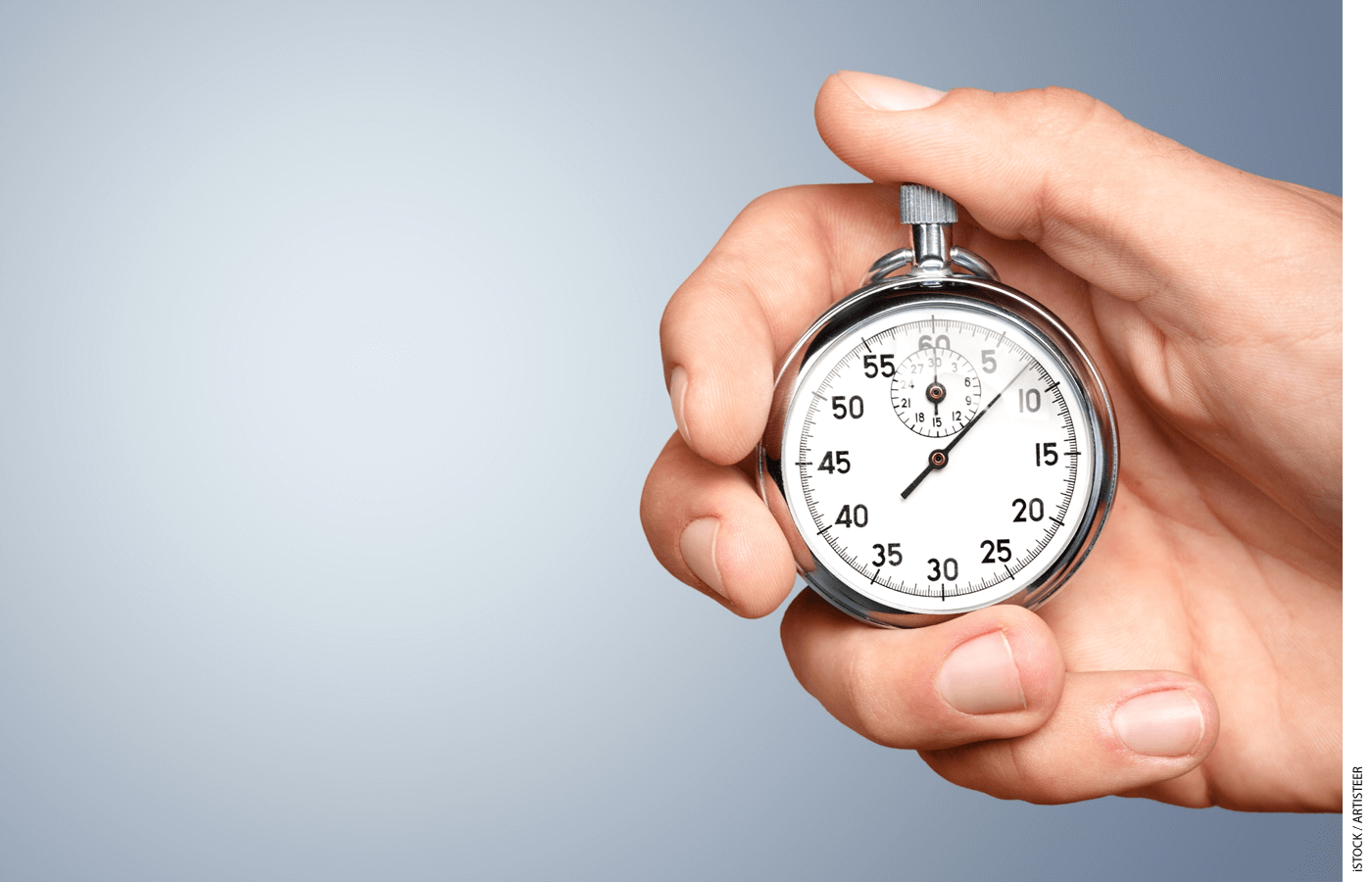 With students shaken by more than two years of pandemic-related disruption, schools are scrambling to reconnect with students, get learning back on track, address social and emotional needs, and much more. A thread running through all this, of course, is the need for more time to instruct, support, and engage with students. That’s part of the appeal of summer school, tutoring, added staff, and such—these are all strategies that create more time for educators to invest in their students.

A complementary approach to tackle this challenge is to ensure learning time (new and old alike) is being used effectively. This isn’t an either/or; it’s a both/and. With that in mind, it’s worth flagging a few of the ways in which teacher, leader, and student time can get consumed in unproductive ways. I find it can be useful to think of three big sources of lost time: structural, operational, and behavioral.

The first is the loss of time on a structural level: For starters, while data from the Organization for Economic Cooperation and Development suggest that (contrary to popular thought) American kids spend more time in school than most of their international peers, that figure doesn’t necessarily tell us a lot about the amount of time students are actually learning.

One telling 2015 study sought to tease apart the difference between actual teaching time and the OECD figures. The study took a high school in Holyoke, Mass., with 180 days in its academic calendar, and tallied up all the lost instructional time over the course of a year. There were seven early-release days for professional development (with class periods compressed by 14 minutes), eight days for exams (four at the end of each semester), and another seven mornings set aside for the Massachusetts state test (all classes were paused on these mornings even though only 10th graders took the state exam).

When all was said and done, the analysts estimated that total instructional time in this school during a given year would actually come in at about 660 hours—or 410 hours (38 percent) below the OECD estimate. In other words, decisions about policy, practice, and programming can have a massive impact on how much time kids spend learning—regardless of what the length of the school year or school day appears to be.

The second source of lost time is operational. A number of years ago, Nevada’s lawmakers enacted the Nevada Educator Performance Framework (NEPF), which required a series of classroom observations and debriefs. So far, so good. Most school leaders find value in regular classroom observations.

But lawmakers wanted assurance of universal compliance. The result? A mandatory, summative 16-plus-page evaluation for every single teacher, with dozens of indicators that each required multiple “pieces of evidence.” School leaders were spending more than three hours writing each teacher’s summative evaluation (in addition to the time spent on observation, note-taking, and debriefing). As one principal asked: “If you have already gone through the standards and observations, the final document is meaningless … so why are we spending three hours writing it up?”

One administrator sighed, “I had 567 pages of evaluations on 31 teachers I evaluated. … We have to initial every single page, and have teachers do the same.” An internal analysis calculated that principals were spending 150 hours each—or 19 eight-hour work days per year—on paperwork that rehashed what they’d already observed, recorded, and discussed with teachers.

And a third source of lost time? Behavioral factors. In 2021, in an invaluable and far-too-unusual study of Providence, R.I., researchers Matt Kraft and Manuel Monti-Nussbaum documented just how many disruptions there are in a school day. They estimated that a typical classroom in Providence public schools is interrupted over 2,000 times per year and that these interruptions wind up consuming 10 to 20 days of instructional time.

Major disruptions included intercom announcements, staff visits, and students entering (or reentering) class in disruptive ways. In explaining the impact of tardiness, for instance, the researchers observed that “in many classrooms, locked doors required late and returning students to knock and a teacher or student to stop what they were doing and open the door. Late students often resulted in taking the teacher away from whole-class instruction to orient the student to the current task.”

Kraft and Monti-Nussbaum noted that more than half the interruptions they observed led to spillover disruptions that extended their impact. And yet they found that administrators appeared to greatly underestimate the frequency and consequences of these interruptions, consistently undercounting the actual number and the amount of time they absorb.

Making sure that time allegedly earmarked for instruction is actually being used for it requires looking at how that time is actually used—not at how time is labeled on the school calendar or master schedule. It doesn’t matter whether the school calendar says 180 days or the schedule says there’s an 80-minute reading block; what matters is how that time is getting used. And that requires digging into complicated, messy questions about where time is being used. Unfortunately, neither researchers nor school systems routinely do nearly enough of that.

So, for districts looking to maximize learning time, here’s a two-step action plan. Step one: Figure out when and where time is being lost. Step two: Start to reclaim that time and put it to better use. I know it’s on the simple side, but, as they say in Silicon Valley, “That’s not a bug, it’s a feature.”