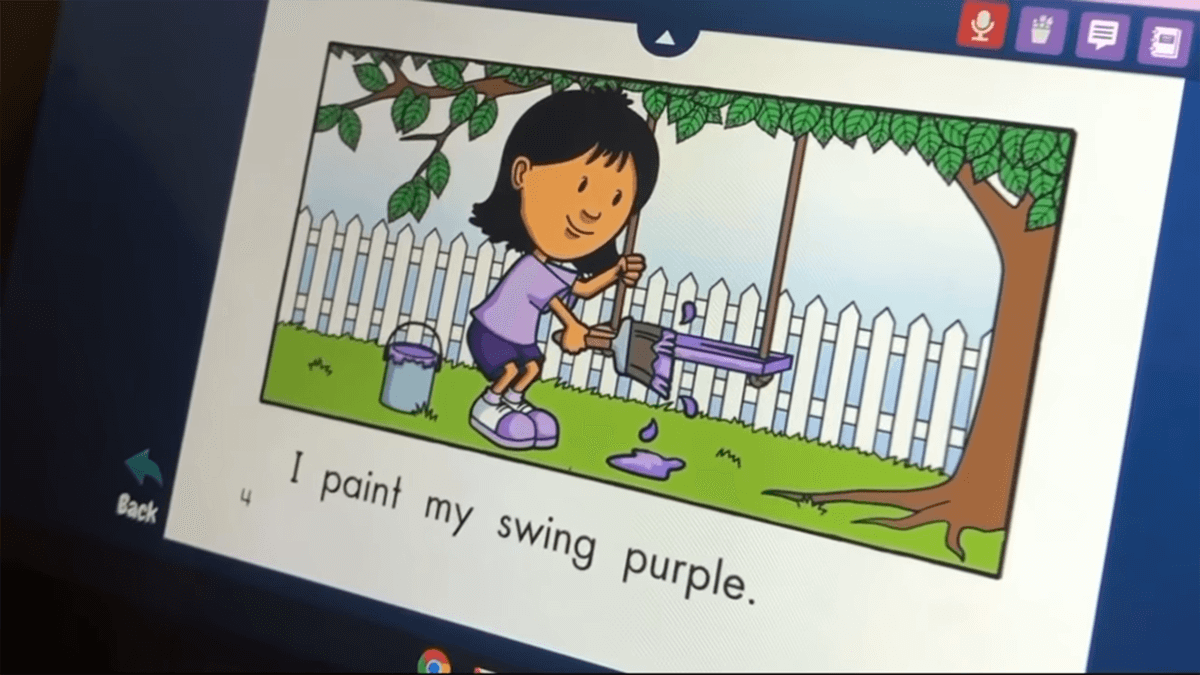 Early childhood literacy advocacy has been a quiet casualty of our current annus horribilis. Back in the BCE years (Before Covid Era), considerable interest had been building among practitioners and policymakers in curriculum and instruction built on the “Science of Reading.” That critical conversation has been largely sidelined for obvious reasons as states, districts, and schools prioritize setting up and running remote and hybrid learning plans and focus on a return to in-person schooling with public health imperatives more than instructional ones, first and foremost. But a pair of recent events have re-energized literacy advocates and may help push the conversation about reading instruction back to the front burner in a way that’s been absent for the last several months.

Last week, my social media feeds and email inbox started filling up with messages asking, “Have you seen this?” “This” refers to a pair of videos posted to YouTube by an California mom and behavioral scientist who goes by “Berrinchuda” who developed some misgivings about the way her first grade daughter was being taught to “read” in school. The scare quotes are intentional. As the videos make clear, she was being taught to guess at words, not read them.

The first video, titled “Is My Kid Learning How to Read?” went up on YouTube just three weeks ago. The viewer follows along as the woman’s daughter reads a picture book on a laptop from RAZ-Kids, an online guided reading program, titled “Paint It Purple,” about a little girl who loves purple paint and uses it on a fence, a door, and by accident, on her mother. It’s “Level B,” a beginning reader book with words that kids at that nascent stage would be hard-pressed to decode, but no matter. As the video shows, phonics is only one strategy children are being taught alongside myriad “cueing” strategies, such as guessing a word that makes sense, looking at pictures to figure it out, or just skipping tricky words altogether. The little girl is far from fluent, but she reads the book reasonably well.

But when her mom has her read the same story with the illustrations covered—no pictures, no context clues, nothing to aid her in guessing—she struggles to decode the word “purple” which appeared in nearly every line (and every picture) of the book she had ostensibly read just minutes before—sixteen times in all. “It’s like, she’d never seen the word before in her life,” her mother narrates. “You can actually see the camera frame shaking because I’m so stunned.” She captures and charts her daughter’s attempts to decode various words with and without the visual aids, several minutes later, and the next day; a green box represents a successful effort:

I tracked down “Berrinchuda,” (she says it’s a Spanish word used to describe a child having a tantrum) at home to learn more about what inspired her kitchen table experiment and the videos which have already garnered over 35,000 views. “As a clinical psychologist,” she tells me, “it never occurred to me that decoding wouldn’t be a part of reading.” As she discussed it with friends and fellow parents, she learned that “a lot of people have noticed these strange instructional techniques, but have gone along with it because they trust teachers.” But with children spending more time at home, it became obvious to her and many of her friends that something was amiss. Her daughter attends school in a reasonably well-off school district near Oakland, California, that uses Lucy Calkins’s Units of Study to teach English language arts.

This brings us to the week’s second big development. On Friday, Emily Hanford of American Public Media broke the news that Calkins is quietly conceding that materials produced and distributed by the Teachers College Reading and Writing Project at Columbia University, which she has led for decades, “need to be changed to align with scientific research.” Hanford, who deserves as much credit as anyone for driving the science of reading conversation over the last few years, got hold of internal TCRWP documents in which Calkins concedes that aspects of her approach “need ‘rebalancing.’” The issue is precisely the “cueing” strategies that are the subject of the “Berrinchuda” videos.

“Calkins’s published materials contain lessons and assessments that promote these cueing strategies,” Hanford reported. “Calkins’s group now says that beginning readers should focus on sounding out words and recommends that all children have access to ‘decodable’ books that contain words with spelling patterns students have been taught in phonics lessons.” [For background on Lucy Calkins, please see the Education Next article “The Lucy Calkins Project.”]

If true—and there are good reasons for skepticism—Calkins’s sudden shift could have a significant impact on how American children learn to read. Data from RAND’s American Educator Panels show that nearly one in five (18 percent) of American elementary school teachers report using the “Units of Study” curriculum; 31 percent of principals in schools serving K–5 students say they require or recommend Calkins. Even those figures understate her status as a reading practice superspreader. “Her curriculum and philosophy has had and continues to have an enormous influence on reading instruction, perhaps more so than almost any other curriculum out there,” explains RAND’s Julia Kaufman. “Any shifts to that curriculum to align it more with what we know about good reading instruction could improve reading among hundreds of thousands of children across the U.S.”

Here’s hoping. But like another famous Lucy with a habit of making promises and pulling away the football at the last moment, Calkins has a history of making earnest noises about respecting evidence or realigning her offerings to standards, but changing little. Thus news of Calkins’s change of heart has been greeted with a healthy dose of “I’ll believe it when I see it” from close observers. One insider describes the changes as “shuffling the MSV deck chairs on the Titanic to emphasize the V first,” a reference to “three cueing” strategies (Meaning, Structure, and Visual Systems) used in reading instruction; phonics falls under “V.” In other words, teachers would still be encouraged to teach children “multiple sources of information” to tackle tricky words. Calkins seemed to confirm as much in a “Dear Colleague” letter sent this week to schools who use Units of Study. She downplayed Hanford’s piece and a subsequent report in Education Week and claiming TCRWP has “long supported strong and systematic phonics instruction,” even while confirming that they plan to publish a series of decodable books and make other changes to the program. “What stays the same in our work with K–1 readers? 98 percent of it,” she wrote.

I don't believe it for a minute. @LucyCalkins will make some cosmetic changes and then she'll keep misleading teachers and children – just as she's done for the past 35 years. https://t.co/IUOLmJnzvN

Hanford herself sounded a skeptical note in her piece, pointing out that Arkansas has a statewide rule in place preventing curriculum that uses “cueing strategies” from use in the state. Colorado has similarly kept Units of Study off its approved list of core reading curriculum. As states and districts have become increasingly sophisticated about curriculum, it doesn’t take a cynic to wonder if Calkins’s reversal isn’t less of a Damascus Road conversion than a commercial necessity.

In the end, parental demand for effective reading instruction may be the most potent long-term lever for change. That’s what makes the Berrinchuda videos so effective. They open parental demand as another front in the push for scientifically-sound practice, demystify reading instruction, and make accessible the inherent weakness in “balanced literacy.” They also demonstrate a credible alternative. In the second video, after a brief phonics lesson, we see her daughter able to successfully decode words like turkey, turtle, and yes, purple. In many balanced literacy classrooms like the one her daughter attends, “kids don’t get any [decodable books] at all,” Berrinchuda explains. “Soon after discovering decodables” and teaching her phonics at home “I noticed a change in my daughter.” She’s becoming a reader, not merely a word guesser.

“Berrinchuda” explained that one of the reasons she wants to remain anonymous is to not embarrass her daughter’s teachers. There’s a natural tendency to assume your child’s teacher is an expert. One of the blessings of the emerging science of reading moment is that it was empowering teachers to speak out about their poor preparation to teach reading and to demand better training. The Berrinchuda videos may bring parents along for the ride. If nothing else, they seem destined to become Must See Viewing before parent teacher conferences for mothers and fathers of struggling readers to demand their children be taught to read, and not merely to guess.

This post originally appeared on the Fordham Institute’s Flypaper.