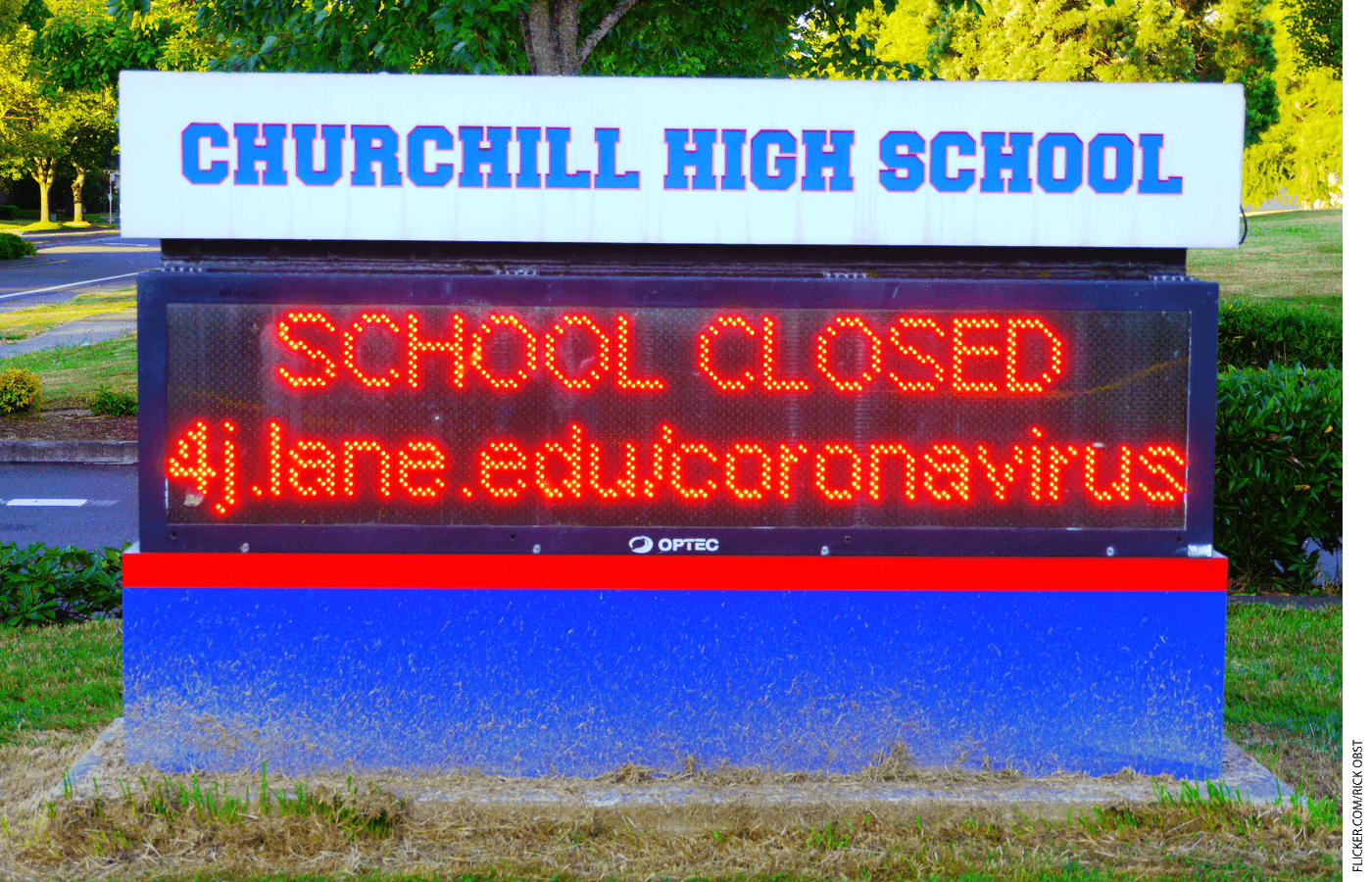 If we’re honest with ourselves, we’ll admit that this crisis has thrown all of us for a loop. We humans aren’t built for something so unnerving, so unprecedented in our own lifetimes, so mysterious and hard to understand and out of control. We might view our own brains as perfectly rational, but despite our best efforts, we’re going to grasp for the familiar in times like this, including familiar ways of thinking.

For those of us who spend our professional lives in the world of K–12 education policy, that means reaching for familiar and comfortable, if perhaps shopworn, explanations for the insane moment we’re living through, as 35,000 private schools, 13,000 school districts, and 7,000 charter schools struggle separately to make decisions about whether to open for in-person education, and if so, how. All this amid an ugly public debate about how to balance the health and safety needs of kids, families, and educators with the educational mission of our schools. So it is that we hear these common refrains:

My priors, meanwhile, push me toward seeing things through the prism of power politics. I came to education reform as a political science major way back when, impressed with the Chubb and Moe explanation of why so many schools serving poor kids were mediocre or worse. (Remember? It’s because teachers and administrators have all the power and poor parents have none. Rich parents, meanwhile, have the most power of all. So of course schools in affluent suburbs are opening for in-person instruction, while those in cities stay shuttered.)

There’s a bit of truth in all of these analyses and explanations. But they fail to capture the full truth because they rely on old heuristics to address a totally new situation.

Most critically, what should we make of the fact that the (low-income) parents of the kids who most need to be in school—academically, socially, emotionally—are overwhelmingly scared to send them there? If this debate comes down to a power play pitting teachers against families and employees against clients, how to explain the fact that many of the clients are just as opposed to in-person school as the employees are?

This, to me, is the crucial fact of the entire reopening debate: Low-income parents and parents of color are in solidarity with most teachers in not wanting their children to return to school buildings until the pandemic has passed. Sixty-four percent of Black parents want remote learning, versus just 32 percent of White parents. According to Education Week:

What accounts for this race and class disparity in parental preferences? The obvious explanation is that low-income communities and communities of color have been much harder hit by the virus than their more advantaged peers. Poor parents of color are much likelier to know someone who has been seriously ill, or even died, from Covid-19, and they are responding with much more caution as a result.

That’s surely part of it. But I suspect there’s something else. I bet that many low-income and working-class parents don’t trust their kids’ schools to keep them safe. And here again they are not wrong. Their children have had the misfortune to attend schools that are (in too many cases) dysfunctional across the board. They can’t teach their pupils to read or write. They can’t keep their classrooms safe and orderly. Why would they succeed in helping students maintain social distance, or respond to an outbreak with care and competence?

Teachers, too. Many of them also have to toil in school buildings and districts that are dysfunctional, that struggle to provide them with basic tools of the trade, that select terrible textbooks, that tie their hands when it comes to disciplining students, that spend scarce dollars on dubious professional development programs or the latest technology instead of boosting their pay, that embrace the Peter Principle as the cornerstone of their principal pipelines. If they cannot trust their district bureaucracies to keep them safe, enforce mask mandates, provide personal protective equipment, send sick kids home, and all the rest, can we really blame them?

Yes, there are some high-trust school districts out there, and I would posit that they are much more likely to open in person or in hybrid fashion, as long as the local rate of infection allows it. Same goes for high-quality charter schools—though probably not low-quality charter schools. If we believe that it’s just about power—do parents get what they want, including in person instruction if they want it?—then we should expect most charters to open (again as long as the health conditions allow it). After all, they need to keep their customers happy. But if it’s about trust, then even “empowered” charter-school parents will keep their kids home if they aren’t sure they’ll be safe at school. And those low-quality charter schools will also have a harder time getting their teachers to show up, even though they’re not unionized.