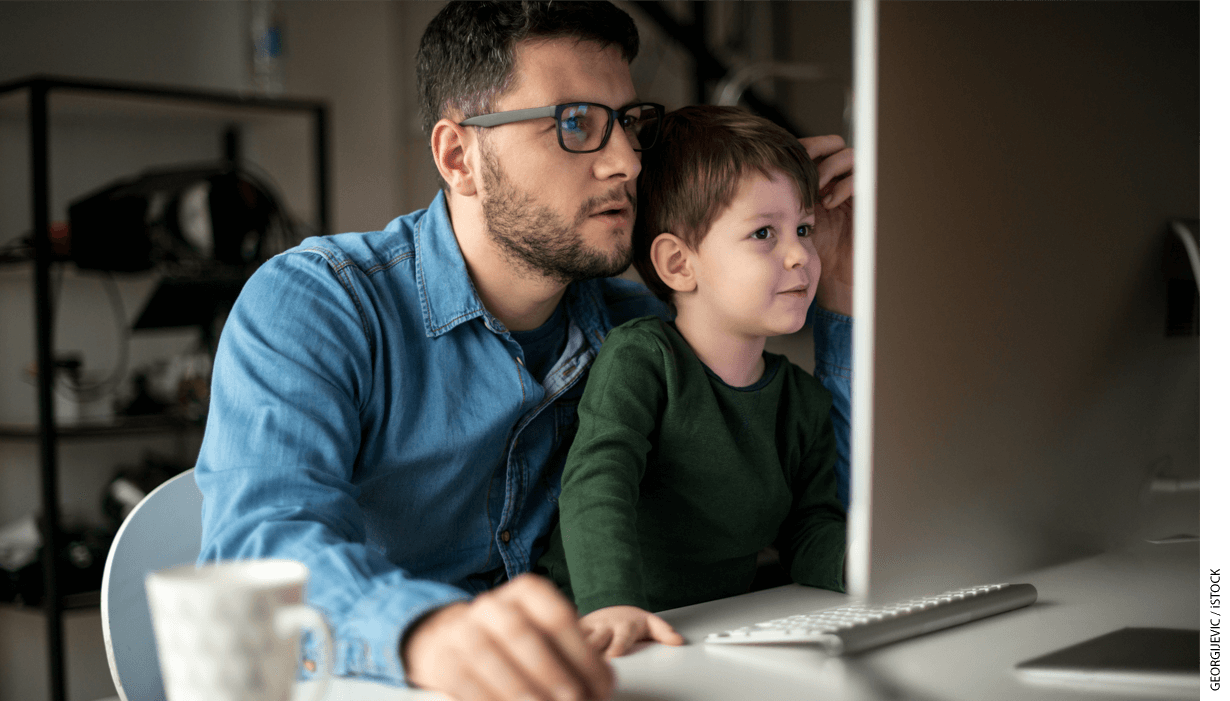 The spring of 2020 will forever be known as the season when tens of millions of American families took a crash course in homeschooling. Eventually we’ll learn whether this mass experiment in “remote learning” leads to durable changes in the U.S. education system, such as more students taking some of their courses online or opting out altogether from school as we know it. In the meantime, the massive digital footprint this experiment has created can provide fresh insights into how students spend their days. Here’s one project we could launch immediately: Let’s start collecting information about the assignments schools are asking pupils to complete and use that information, in addition to test scores and survey results, to evaluate educational quality.

It’s no secret that for years now, policymakers, researchers, and educators have been searching for additional school-quality measures to accompany standardized test scores. The quest for valid and reliable indicators has included a range of options, such as chronic absenteeism rates and access to challenging coursework. Some of this is wrongheaded and merely an attempt to avoid public oversight. It may well be an attempt to go back to the days when schools were judged by the size of their budgets or credentials of their teachers, rather than the outcomes of their students. As my colleague Chester E. Finn, Jr. has argued, tests may be the messengers, but accountability itself is the message that so many in education really want to shoot.

Regardless, it is certainly the case that data from large-scale testing is far from perfect, and that supplementing it with other strong performance measures could do a lot of good. For one, it could counteract some of the perverse incentives built into our current approach, especially the narrow focus on English language arts and math instruction. And the added metrics might get closer to the kinds of information that parents say they value. For example, some states and scholars have embraced school climate surveys, the most comprehensive of which poll parents, teachers, and students about their experiences, academic and otherwise. Several instruments have shown promise and can reliably identify which schools are nailing it with student engagement.

That’s all well and good, but surveys come with their own limitations, especially if fed into high-stakes accountability systems. Surveys are subjective. They provide impressions of the learning environment, but they don’t provide hard data about the learning process itself. You don’t have to be a conspiracy theorist to think that school staff members might put their thumb on the scale if they think it will make the difference between, say, being handed a B rating versus a D. Furthermore, surveys can suffer from “reference bias.” For instance, parents who themselves attended horrible schools might be thrilled with their kids’ mediocre schools, while more privileged parents would be aghast with the same institution. It’s hard to control for that.

So let’s supplement the tests and surveys with something more concrete: the work that students are expected to complete.

A Question of Rigor

We know from studies by TNTP, the Education Trust, and others that the quality and rigor of assignments vary widely by school, contributing to achievement and expectations gaps rather than narrowing them. For instance, TNTP’s influential 2018 report The Opportunity Myth contrasts eighth-grade English language arts assignments from two different schools. In one school, students were asked to read a book-length memoir (A Mighty Long Way, by one of the Little Rock Nine), and write an essay analyzing the role the press played in portraying and influencing the events surrounding desegregation. In the other school, students were assigned a short informational text written at a fifth-grade level. The students at this second school then were tasked with answering a few multiple-choice questions and filling in the vowels in related vocabulary words.

Surely we want educators to emulate the first school and not the second. It would be fair to evaluate schools at least in part on the quality and challenge of the work they assign to their students.

In the wake of the pandemic, these student assignments have become exponentially more transparent to us parents thanks to the learn-at-home experiment, with our kids completing their work in our own living rooms. After all, what “remote learning” fundamentally did was to put distance between what teachers do and what their students do, given that they can’t be in the same physical location. And while the teacher side of that equation has gotten much attention from reformers and the research community in recent decades, there’s a stronger case that what kids do (or don’t) all day is what really matters.

That was doubly the case during the spring 2020 school shutdowns. In most districts, according the Center for Reinventing Public Education and the American Enterprise Institute, real-time live instruction over platforms like Zoom was more the exception than the rule. Strip away classrooms and classroom instruction, and what’s left are the assignments given to students—paper packets to complete in some cases, to-do lists posted online in others.

As the father of third-grade and sixth-grade boys, I was able to see myself all of the work they were being asked to do. I had glimpsed bits of this before, especially the homework parts, but much of what they were doing while at school was a blur. Surely that’s true for many other parents. It was enlightening, to say the least. For my middle-schooler especially, it was easy to see which teachers were asking him to struggle with deep intellectual questions and which were just assigning busy work.

I would love to know how their assignments compare to those given at other schools. Are there some schools where kids are being asked to read high-quality literature and engaging nonfiction, instead of the drivel that often passes for “reading passages” in so many ELA curricula? What kinds of essays, research papers, and other writing assignments are students elsewhere asked to complete? How challenging are the problem sets in math? What kinds of interdisciplinary projects must they tackle?

What’s great is that all this is now knowable. With remote learning, teachers had no choice but to post assignments on Google Classroom and similar sites. Imagine if states published school report cards that included examples of the books assigned every student, math problems kids are expected to solve, and a sample of writing prompts by grade. This would get us much closer to what we all have in mind when we conjure “academic quality.” And if states aren’t willing to do it, maybe a nonprofit such as GreatSchools could collect the information directly from parents, and publish the data itself.

No, it’s not everything. It doesn’t provide information about extracurricular activities or whether schools help their students feel cared about or motivated. And without collecting graded student work, we couldn’t be 100 percent sure which schools are actually holding students to higher standards

But as a measure of school quality, tracking the work assigned to students would nudge educators with the right incentives and provide parents with valuable information. And there’s even the remote chance that it would lead to better assignments and less pablum—a nice outcome of our remote learning experiment indeed.

Michael J. Petrilli is president of the Thomas B. Fordham Institute, research fellow at Stanford University’s Hoover Institution, co-editor of How to Educate an American, and executive editor of Education Next.

Petrilli, M. (2020). The New Accountability Assignment: Post-Covid, judge schools based on what they ask students to read, write, and do, in addition to how much students learn. Education Next, 20(4), 78-79