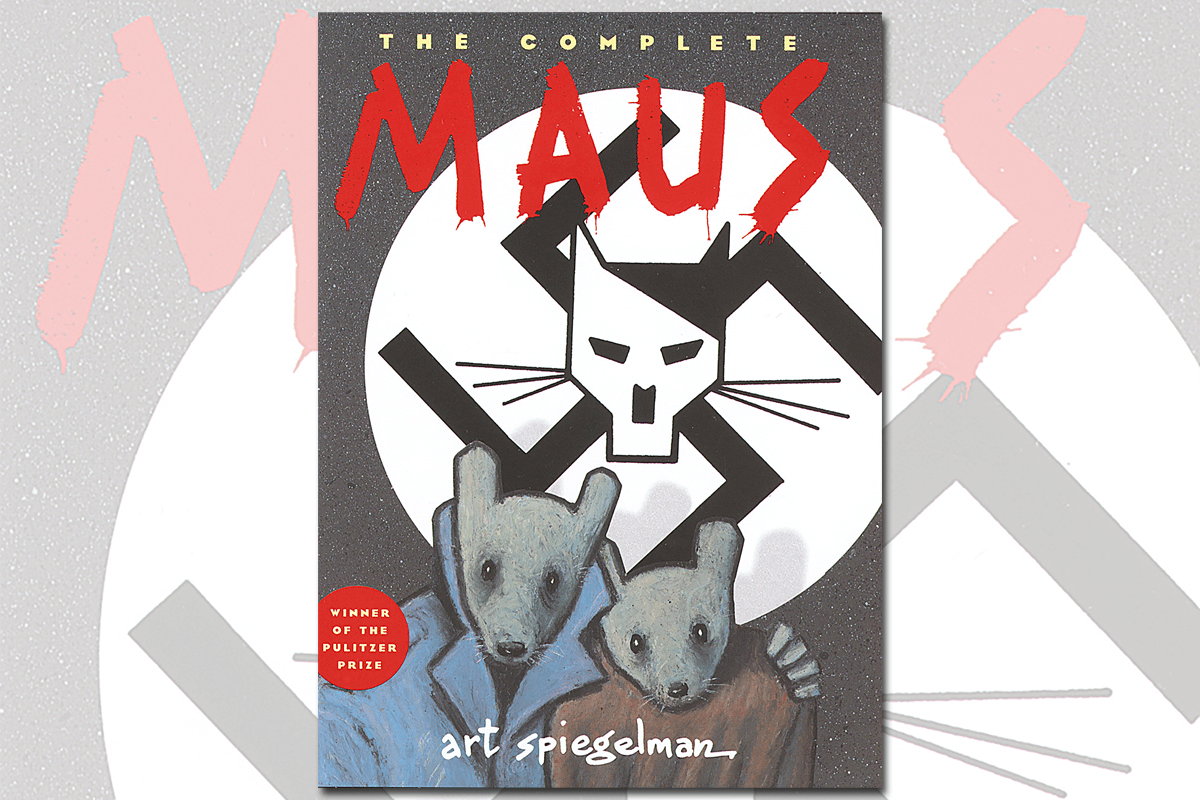 The school board in McMinn County, Tennessee, voted 10-0 to remove Maus, a Pulitzer Prize-winning graphic novel by cartoonist Art Spiegelman, from its eighth grade curriculum last month, citing concerns about explicit language and disturbing illustrations. When word got out last week, the condemnation from across the country was swift and pointed. That the vote seemed to coincide with Holocaust Remembrance Day (it was actually taken two weeks earlier) only fanned the flames.

“Yes, it is uncomfortable to talk about genocide, but it is our history and educating about it helps us not repeat this horror,” said teachers union president Randi Weingarten. “It has the breath of autocracy and fascism about it,” Spiegelman himself told CNN. “I’m still trying to figure out how this could be…I think of it as a harbinger of things to come.”

The story is not quite the way it’s been portrayed in the press and social media. And the episode, like several other curriculum battles in recent months, raises any number of questions that are proving too fine-grained for the ready-fire-aim cauldron of Twitter, Facebook, and our polarized public discourse. What kids should and should not be exposed to in school, at what age, and who should decide: Parents? Teachers? School boards? Someone else?

Let’s start with a precise description of the action taken by the school board. One sane voice, Derek Thompson of The Atlantic, pointed out that Maus had not been “banned”; it was removed from the district’s eighth grade curriculum. “Those are really different things. I found and read—and loved—Maus in our school library,” he tweeted. “It was never a part of the curriculum.”

But Maus had been part of the curriculum in McMinn County. A big part. None of the voluble coverage I’ve read has cited the fact that Maus is the “anchor text” in EL Education’s eighth grade language arts curriculum. Thus, when a school board member asked why they couldn’t just swap another Holocaust-themed text for Maus, the district’s instructional staff described how difficult that would be, since the entire curriculum module and several weeks of instruction revolve around that specific text. The same issue was cited when the board was reminded of its own policy allowing parents to opt out of materials they think are inappropriate for their children.

The biggest misconception is that the removal was because board members didn’t want kids learning about the Holocaust. “Our children need to know about the Holocaust, they need to understand that there are several pieces of history that show depression or suppression of certain ethnicities. It’s not acceptable today,” noted one board member, whose specific motion (which ultimately passed) directed “that we remove this book from the reading series and challenge our instructional staff to come with an alternative method of teaching the Holocaust.” A high school teacher at the meeting chimed in to say she teaches the Holocaust every year, but she doesn’t use Maus either. So the frequently repeated claim that the controversy was about keeping kids from learning “honest history” is simply incorrect based on a transcript of the meeting, which is available to any who care to read it.

Here are my takeaways from this high-profile and obviously distorted episode: Would I have let my eighth grade daughter read Maus? Yes, I would and without hesitation. I’m also favorably disposed toward EL Education’s language arts program. It’s knowledge-rich, usable for teachers, and draws upon complex texts and thoughtfully curated supplemental resources. If this controversy were to repeat itself in my town, I’d speak in support of Maus, the curriculum, and teaching the module as written. Finally, anyone inclined to make dark imprecations about teachers and administrators in rural east Tennessee should read the transcript. They made a very strong and sophisticated case for Maus. If I were on the McMinn County Board of Education, I would have cast the lone “no” vote on removal.

But here’s the thing: I’m not on the McMinn County Board of Education. So I draw the line at telling the people of a distant rural school district, six states and 500 miles away, what their children must read for a simple reason: I don’t want the people of McMinn County, Tennessee, telling me what my kid must read.

You don’t have to like or agree with the decision, but the question I haven’t seen considered in all the howling outrage is what alternative wouldn’t be worse in a diverse and divided nation, where even state control of education feels too distant and the grain size too large? If you don’t think a local, democratically-elected school board is the appropriate body to decide whether a book belongs in their school’s curriculum, who is? If not the nation’s 13,000 local school boards, in whose hands would you place the power to dictate the terms and conditions that govern your child’s school culture and curriculum? And what happens when a decision that’s in friendly hands and aligns with your tastes and values today ends up tomorrow in the hands of people you do not know and cannot stand?

Shout all you like. It’s a free country, at least for now. But recognize that a strange spirit is at loose in the land. We seem eager to limit people’s access to ideas we don’t like, and at same time impose our ideas on people we don’t like. We see no conflict in these obviously contrary impulses. We condemn the McMinn County school board for “banning” Maus and in the very next Tweet applaud Neil Young trying to muzzle Joe Rogan on Spotify. Yes, yes, I know. It’s a false equivalence. One’s a government action and the other’s the free market doing its thing. But might I humbly suggest that if your first impulse is to explain why something is or is not censorship or compelled speech rather than being reflexively uncomfortable with it, you’ve already lost the plot.

Half of the seats on the ten-member McMinn County school board are up this year. The primaries are in May; the general election is in August. Now that they have offered a high-profile demonstration of their feel for community values and displayed their pedagogical discernment, the good people of McMinn County, Tennessee, will have the opportunity to express their support or disappointment with their board at the ballot box.

Got a better plan? Because I sure don’t.

Robert Pondiscio is a senior fellow at the American Enterprise Institute.