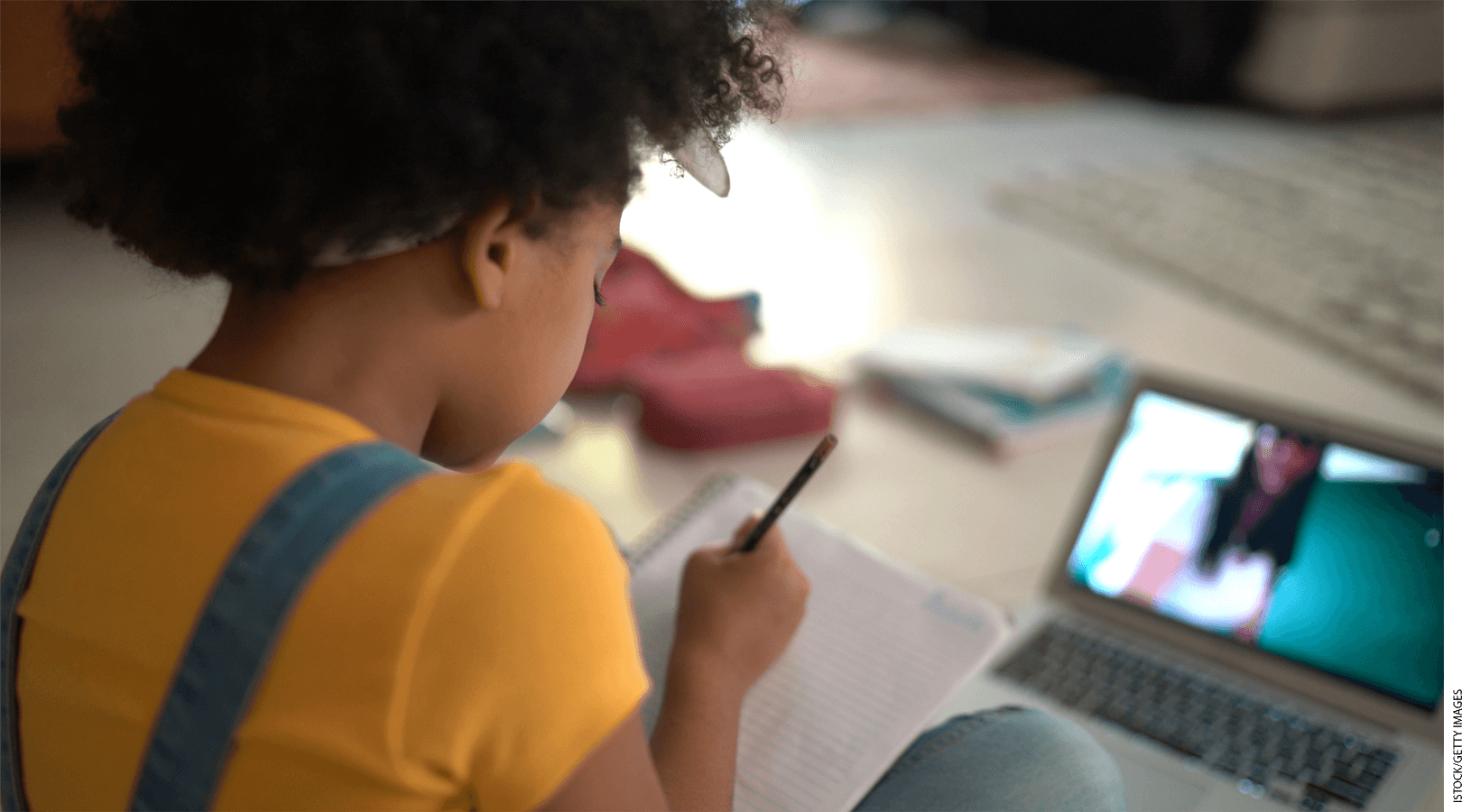 During the Covid-19 pandemic, 75 percent of school districts allowed parents to choose from some combination of in-person, remote, or hybrid learning models. From these parental decisions and school districts’ offerings a clear and worrisome pattern emerged: White students were participating in in-person learning at higher rates than minority students, who tended to use remote and hybrid-learning models. These racial differences in learning options raise important equity concerns. Early assessment results indicate that learning losses during the pandemic are more severe for non-white students and for school districts that began the academic year fully remote. A crucial first step in addressing these potential learning losses is to understand their origin, which we have attempted to do in a new working paper.

Using data from the University of Southern California’s Understanding Coronavirus in America Tracking Survey (UCA), we observe that 68 percent of families nationwide used either fully remote or hybrid-learning models in the fall of 2020, but that there were significant differences by race. Seventy-seven percent of Black and Hispanic parents reported fully remote or hybrid learning for their children, while only 61 percent of white parents did (Figure 1).

Figure 1. Learning Modalities in the Fall of 2020 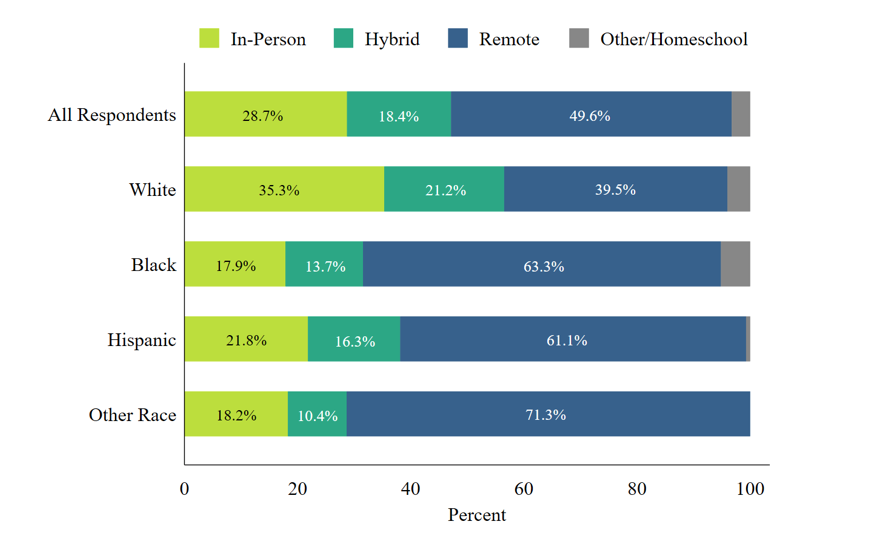 Despite school districts’ re-opening efforts over the past several months, various data sources indicate that these racial differences in mode of instruction continued throughout the spring semester. By February, a national survey of offerings and attendance in 4,400 schools revealed that 52 percent of white students whose schools offered in-person learning were attending fully in-person, compared to 30 percent of Black and 32 percent of Hispanic students. Recent survey results indicate that some portion of this in-person attendance gap is explained by parental preference. In early April, data from the UCA showed that 60 percent of white parents expressed a preference for in-person learning, compared to approximately 25 percent of Black and Hispanic parents.

We use data from the UCA and elsewhere to understand which factors are associated with how students from different racial backgrounds engaged in school last fall. We match these data to respondents’ 2020 election polling responses to study the role of individuals’ political leaning. Using a database of over 12,000 district reopening plans, we are also able to estimate school districts’ learning option availability for respondents of the UCA at the census tract or county of residence level. Finally, we also study the role of local Covid-19 infections and deaths using county-level data from Johns Hopkins’ Center for Systems Science and Engineering.

We find that a combination of factors may explain observed racial differences in how instruction was delivered. The options offered by schools mattered but were not able to fully explain the observed racial differences. Giving parents the option to choose mode of learning increased the probability of children participating in in-person while reduced their probability of participating in remote learning by 15 percentage points. Living in an area where the majority of public-school districts offer in-person learning was associated with a 19-percentage-point increase in the probability that children would receive in-person instruction. The type of school attended had a significant role as well, as those attending a private school were 41 percentage points more likely to report in-person learning.

Political partisanship was also strongly associated with the racial differences in school modality. Respondents who indicated they intended to vote for Donald Trump in the 2020 presidential election were 11 percentage points more likely to report in-person learning and 14 percentage points less likely to report remote learning, compared to undecided voters. Parents were also responsive to Covid-19 incidence rates, and students were more likely to attend school remotely if the incidence rate was higher, even after controlling for the options their districts offered.

Our results indicate that offering in-person learning might not be enough to eliminate racial disparities in student’s mode of instruction. When public schools offer in-person options, parents are more likely to choose in-person instruction for their children, and recent research suggests that some families might change their stated preference to in-person learning as local schools reopen. Still, this might not be enough to close the racial gap on learning modalities. According to the federal survey data, by February, 79 percent of all students had been offered the option to attend school either in-person or with hybrid instruction, and more than half of non-white respondents indicated that their children were still learning remotely.

Significant efforts to provide reassuring information to families may be necessary so students start to participate in-person learning opportunities. At the same time, some have argued that remote learning is here to stay for at least a little longer. In that case, investments in quality remote teaching and remediation efforts to help students who fall behind will be needed to avoid increasing learning gaps.