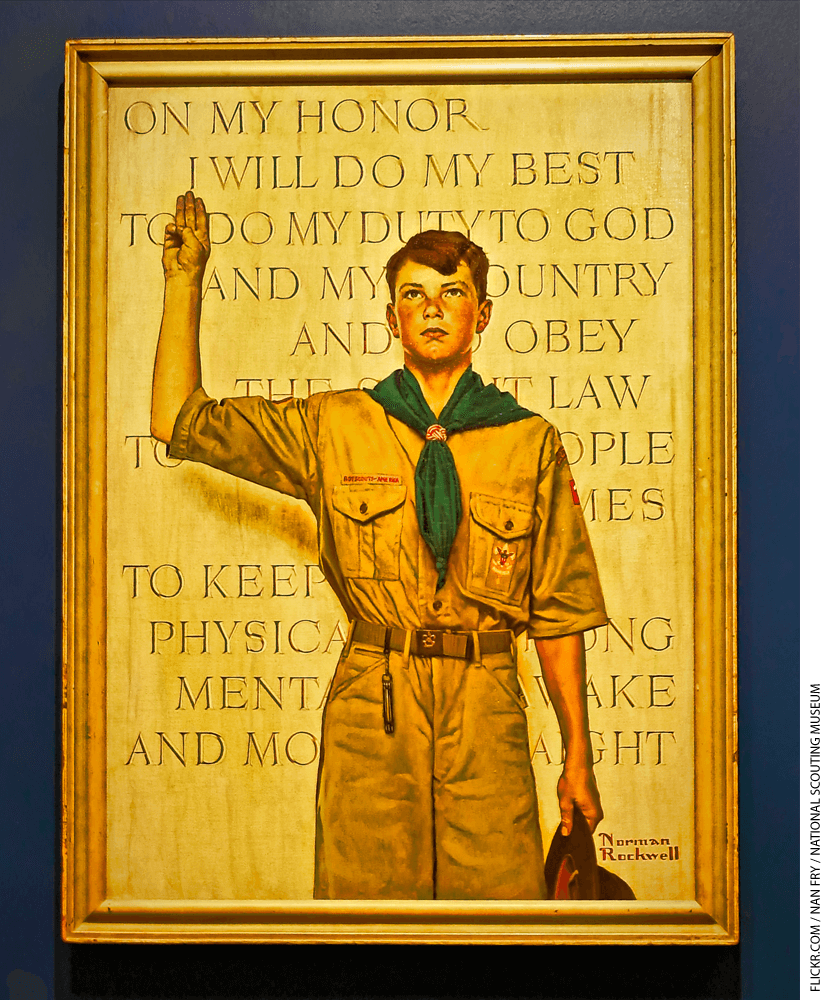 We may be witnessing the resurgence of character education. There seems to be renewed interest in what was, for eons, a core element of education—teaching young people the attributes of a good family member, neighbor, and citizen.

Part of the reason character education fell out of vogue is that it forces us to talk about the common good, the good life, and personal duties. In a continental, highly diverse, democratic republic, there will be differences of opinions on such matters.

I was curious if there might be enough agreement to serve as a foundation for a new character-education agenda. So I posed a set of questions to 18 experts from various corners of education research, policy, and politics. These leaders span the ideological spectrum; have worked on urban, suburban, and rural issues; and have served in an array of important positions—as elected officials, big-city superintendents, federal appointees, college professors, think-tank leaders, classroom teachers, and more.

For the most part, there was a remarkable degree of agreement around four themes. This points to a potential consensus approach to energizing character education.

The respondents offered a wide variety of definitions for “character.” That initially concerned me. It would be difficult to advance something if people can’t agree on what it is. Some pointed back to ancient concepts like human flourishing, the proper ordering of loves and priorities, and the cardinal virtues. Others focused on desired outcomes like developing young people who can make good life decisions and serve as able citizens or teaching students how to contribute to a healthy society and enable others to lead happy, meaningful lives. Others pointed to time-tested rules of thumb like doing the right thing when no one is looking or doing your best while avoiding lying, cheating, stealing, complaining, and making excuses.

But almost everyone agreed, formal definitions aside, that there are core features of character education around which people can rally. Respondents offered the same set of skills and attributes that students should acquire or develop. These included compassion, courage, determination, fairness, grit, honesty, patience, respect, responsibility, self-motivation, and temperance. A recurring theme was that character education need not be a polarizing topic. Families and educators want it, and there is widespread agreement on a collection of subjects and competencies.

It’s Happening Anyway So Be Intentional

Respondents almost entirely agreed that it’s impossible to not teach character. Students will see what teachers do and then integrate that into their own behavior. Therefore, school communities should be intentional about character development. That should start by being explicit with families and students that the school takes character seriously and aims to foster it. Then schools need to incorporate it throughout their activities, ensuring that it is modeled by all staff and permeates the school culture. It should be part of educator training. It can be taught across many courses; it can be embedded in countless assignments and projects. Students can learn about it by studying the lives of exemplary figures.

For the most part, respondents agreed that even if it were possible to avoid teaching character, schools should teach it anyway. Various respondents viewed moral formation as an essential part of a full education; saw character development as part of schools’ mission; argued educators have a duty to shape the entire child; cited the longstanding belief that there is a moral dimension to the common good and therefore to common schools; and argued it supports broader democratic ideals like fairness and equality. Schools aren’t merely in the business of developing young people capable of passing reading and math tests; they are forming friends, neighbors, colleagues, volunteers, citizens, and public leaders. Character matters greatly for all of these roles.

Respondents were aware of and sensitive to the fact that there are different visions of the good life, that character is tied to moral traditions, and that any form of character education would inevitably run afoul of one or more families’ deeply held beliefs. Respondents offered three ways of understanding and responding to this challenge.

First, several highlighted the value of having an area’s citizens discuss what character is and how it is taught and modeled. Schools reflect their communities, school leaders are stewards of community values, and dialogue about values can help bring a community together. Enabling families and community members to take the lead ensures policy is set by them, not done to them. Character is a shared community responsibility, and people best learn about character through dialogue with others. History and literature can be contentious as well, but we don’t stop teaching them; we have conversations about what is best for students.

Second, decisions about character education ought to be made as close to home as possible. Since different areas will have different priorities and visions of the good life, we should decentralize power and allow different communities to make different decisions. States can set broad standards, frameworks, and guidelines, but districts and schools should have a great say on the details and implementation.

Lastly, many of the respondents argued that parental choice in education should go hand-in-hand with stronger character programs. If families are allowed to select from among an array of schools, and if social entrepreneurs are able to develop new schools with distinct approaches to character, then matching is facilitated. Parents can find schools that align with their views. The other side of this coin is the power of exit. A local school board may establish a vision for character education that is supported by the majority of community residents but adamantly opposed by a relatively small minority. Enabling those dissenting families to go elsewhere respects their values and preserves the legitimate democratic process behind the board’s decision. A more modest version of exit and choice is opting-out; a school or district could recognize the discomfort caused by its approach to character and allow dissenting families to excuse their children from particular lessons.

Don’t Try to Measure It

Perhaps my biggest surprise was respondents’ comfort with the difficulty of measuring character. For decades now, most education-policy conversations have eventually wound their way to questions of metrics and accountability—how should we empirically assess performance?

But these experts recognized that there aren’t reliable tests for many aspects of character and maybe there never will be (though at least one research institute is trying to rectify that). It might be the case that we can only determine the effectiveness of character initiatives by relying on parents’ assessments or looking far down the line when we see how the grown-up students behave. Respondents said character initiatives are valuable nonetheless and should continue apace. Multiple respondents offered that they were still strong supporters of measurement and accountability but had determined this domain was different.

Concern with students’ character goes back at least to Plato; it certainly predates standardized tests. Teachers can offer qualitative comments on report cards and discuss areas for growth with families. Community members can discuss these issues with the school board. In short, we shouldn’t stop pursuing character education simply because we lack valid, reliable, and disaggregable indicators and the ability to maintain a state website reporting on the progress of student character.

There were some disagreements among the respondents. For example, one expressed concern about the state’s trying to form a certain type of citizen. Another wrote that the term character “reeks of dominant culture and invites a ton of bias.” These are good reminders that public bodies, including public schools, reflect majoritarian sensibilities, for better and worse.

But the significant overlap in views is encouraging for the future of character education. A diverse group of experts agreed that schools should teach character and be intentional about it; that there are a number of aspects of character that mostly transcend cultural, religious, and geographic boundaries; that most decisions should be made through local, deliberative processes; and that school differentiation and choice can complement character initiatives.

Based on this consensus, I would recommend activity on four fronts. First, state policymakers, particularly state boards of education and state superintendents, should review their state content standards to make sure character is covered. If it is not; they should create such standards; if it is only covered tangentially in, say, history or social-emotional-learning standards, they should make character standards stronger and explicit. State leaders don’t need to create a state assessment, but they should provide guidance on what strong character education looks like and require districts and schools to build their own programs. Second, district school boards should review their local policies and invite a community conversation about possible additions and revisions. Third, schools should actively promote their visions for character formation so families can work with educators to set and implement priorities. Fourth, state policymakers and district leaders should ensure that families have as much choice as possible—including the opportunity to create new schools—so educators can comfortably advance their particular visions of character education and families can choose which model fits them best.