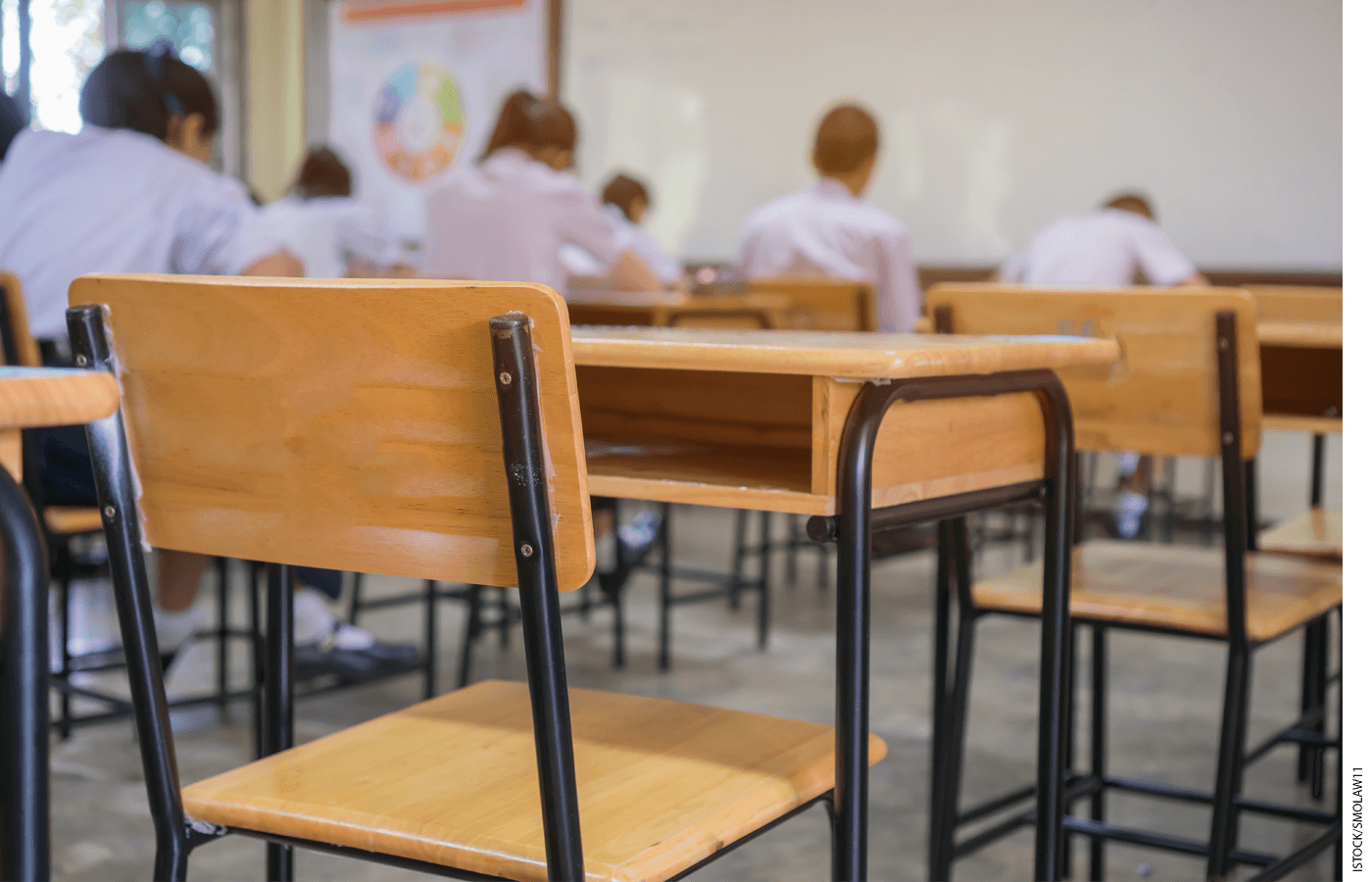 The scores are down and violence is up. Parents are screaming at school boards, and children are crying on the couches of social workers. Anger is rising. Patience is falling.

For public schools, the numbers are all going in the wrong direction. Enrollment is down. Absenteeism is up. There aren’t enough teachers, substitutes, or bus drivers. Each phase of the pandemic brings new logistics to manage, and Republicans are planning political campaigns this year aimed squarely at failings of public schools.

Public education is facing a crisis unlike anything in decades….

As I’m sure Ms. Meckler would agree, this is a “supply side” lamentation, a catalog of woes as seen from the perspective of those inside the education system. She might instead have written a very different article describing the “crisis” as viewed by consumers of public education. (You know—students, parents, taxpayers, us folks.) Such a piece might have read more like this:

The schools our kids attended were closed so long that students lost whole years of learning. Those from families with limited means lost even more. Those schools were closed far longer than they needed to be, apparently because the adults who work in them didn’t want (or were scared) to return and those running them put their employees’ interests ahead of those of their students and parents. We watched the firemen and nurses and utility workers keep coming to work despite the pandemic. Why not the teachers?

Worse, the closed schools’ failure to supply satisfactory forms of remote instruction meant that millions of children forgot how to study, how to get along with other kids, how to relate to grown-ups outside their families. Idleness, lassitude, and frustration took a toll of their physical and mental health and made life extremely difficult for us parents and other caregivers, including messing up our own work lives. Many of us had no choice but to quit our jobs. No wonder many of us took education into our own hands, seeking out other schools that managed to stay open, getting serious about homeschooling, hiring tutors when we could afford it, and teaming up with neighbors to create quasi-schools. Yes, we’re angry, furious even, and yes, our kids are upset and acting out. And it didn’t get any better when we got them back into school only to discover that, instead of the Three R’s, our schools were obsessing over racial and political issues. No wonder we’re protesting at school board meetings. No wonder a bunch of politicians are using our unhappiness to get themselves elected. And it’s no help at all when folks in Washington seem more interested in sending money and coddling misbehavers than in whether our children are learning.

Yes, it would have been a very different sort of lamentation. The point, though, isn’t journalism per se. It’s what’s the proper perspective from which to view the semi-meltdown of traditional public education: the system’s perspective or the perspective of those for whose benefit it exists and whose tax dollars pay for it? If the nation is still—or again—at grave risk because its children aren’t learning enough (and in many cases seem not even to be in places of learning), where ought responsibility for the melting be placed?

I’m not exactly saying the public schools had it coming. Nobody (except perhaps the denizens of a mysterious Wuhan laboratory) had any idea what was coming, and nobody is ever fully prepared for a full-scale catastrophe. No giant system that’s been doing the same thing for decades can be expected to turn on a dime. The inertia is profound. And yet, in many ways, the educational failures of the past several years were far worse than they needed to be because of long-standing characteristics of American public education. It’s worth recounting three of those.

That’s what galls me about the many demands that we just “get our schools back to normal.” Normal wasn’t good enough, not by a long shot. Not only were kids not learning nearly enough; the system wasn’t nearly good enough, and it wasn’t—isn’t—fundamentally client-centered. Which is why I’m not too upset by signs that people are seeking alternatives to it and that its politics are no longer an endless loop.

Ms. Meckler wrote a fine piece in the Post. But there’s another way to hold the telescope she was looking through.