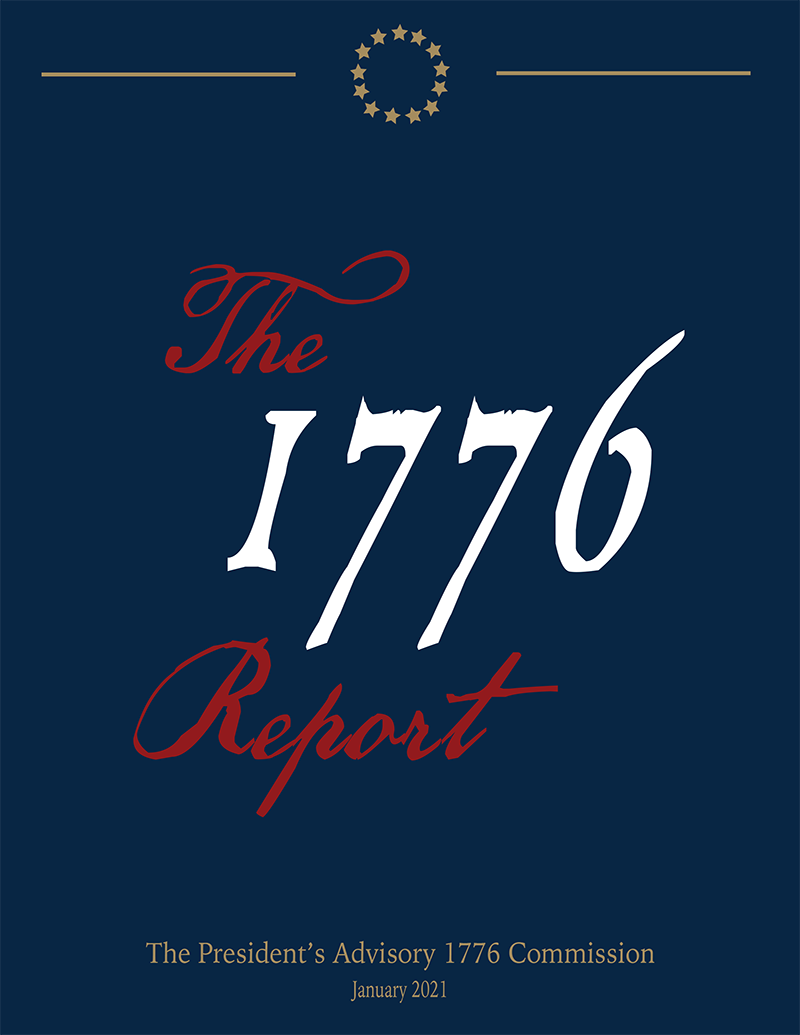 On his first day as president, within moments of taking the oath of office, President Biden signed an executive order abolishing the “President’s Advisory 1776 Commission.”

Now, I was no great fan of the 1776 Commission. I quite like its stated purpose, to “enable a rising generation to understand the history and principles of the founding of the United States in 1776 and to strive to form a more perfect Union.” But the fact that the commission was created by former President Trump, a man who exhibited a staggering lack of regard for our democratic institutions, makes it sound like the setup to a bad joke. And, while the commission included some serious figures, it also had some who were less so. I can understand Biden’s inclination to end it.

At the same time, I find it disconcerting that Biden, even while striking a temperate, unifying tone, chose his first day in office to dismantle a commission dedicated to promoting the nation’s foundational principles. I’d have much preferred if Biden had waited a week to make this move, uttered a few words acknowledging the value of the intended mission, or opted to overhaul it rather than eliminate it. After all, I’ve been told time and again that the excesses or errors of Howard Zinn or the “1619 Project” ought not to obscure their contributions. Similarly, the 1776 Commission’s provenance ought not to erase the fact that there’s a crying need for Americans to more fully appreciate our remarkable inheritance.

While the genius of the American system is its ability to channel passion and partisanship into constructive channels, that only works if Americans understand that system, trust it, and know how to use it—and there’s plenty of evidence this is not the case. I mean, the University of Pennsylvania has reported that just 26 percent of Americans could name the three branches of government, and the Woodrow Wilson Foundation that just 1 in 3 could pass the nation’s Citizenship Test. In light of such figures, the 1776 Commission’s primary recommendation for “more teaching in our schools of the Declaration, the Constitution, and documents surrounding their creation” seems eminently sensible.

More important than the dispute over the commission, though, is the larger question of how we approach civic education. That education needs to include helping students understand and appreciate the institutions we’ve inherited. Unfortunately, in education circles today, such an observation is too often dismissed as empty “patriotism” and deemed toxic.

Now, let’s be clear: When I talk about a need for patriotism, I’m not arguing for whitewashed accounts of silver dollars and cherry trees. Students absolutely need to understand that, though some people have enjoyed the blessings of American institutions, others have been denied those blessings—or even oppressed by those same institutions.

But I worry that too many in education are less interested in a richer, more complete narrative than in a new orthodoxy erected atop a caricature of American villainy. Portraying the American tale as an endless parade of horribles isn’t any more honest than cartoonish accounts of American wonderfulness; worse, it strikes me as remarkably destructive if the goal is to raise engaged, responsible citizens.

American history is a messy, troubled, but ultimately empowering tale of a people struggling to live up to our founding ideals. That tension is the beating heart of the American story. Students need to understand the uniqueness of a sprawling, multiethnic society that’s stable, democratic, free, and prosperous. They need to learn how significant America’s tradition of free speech, free press, and free assembly truly is. They need to appreciate what so many have sacrificed to promote justice and expand liberty. In short, students need to study America’s failings but also need to see them in perspective.

President Biden felt called upon to immediately terminate Trump’s 1776 Commission. So be it. In the spirit of unity that he has eloquently celebrated, though, I hope he’ll urge the nation’s educators to acknowledge and explore the unifying, “patriotic” themes in the American story.