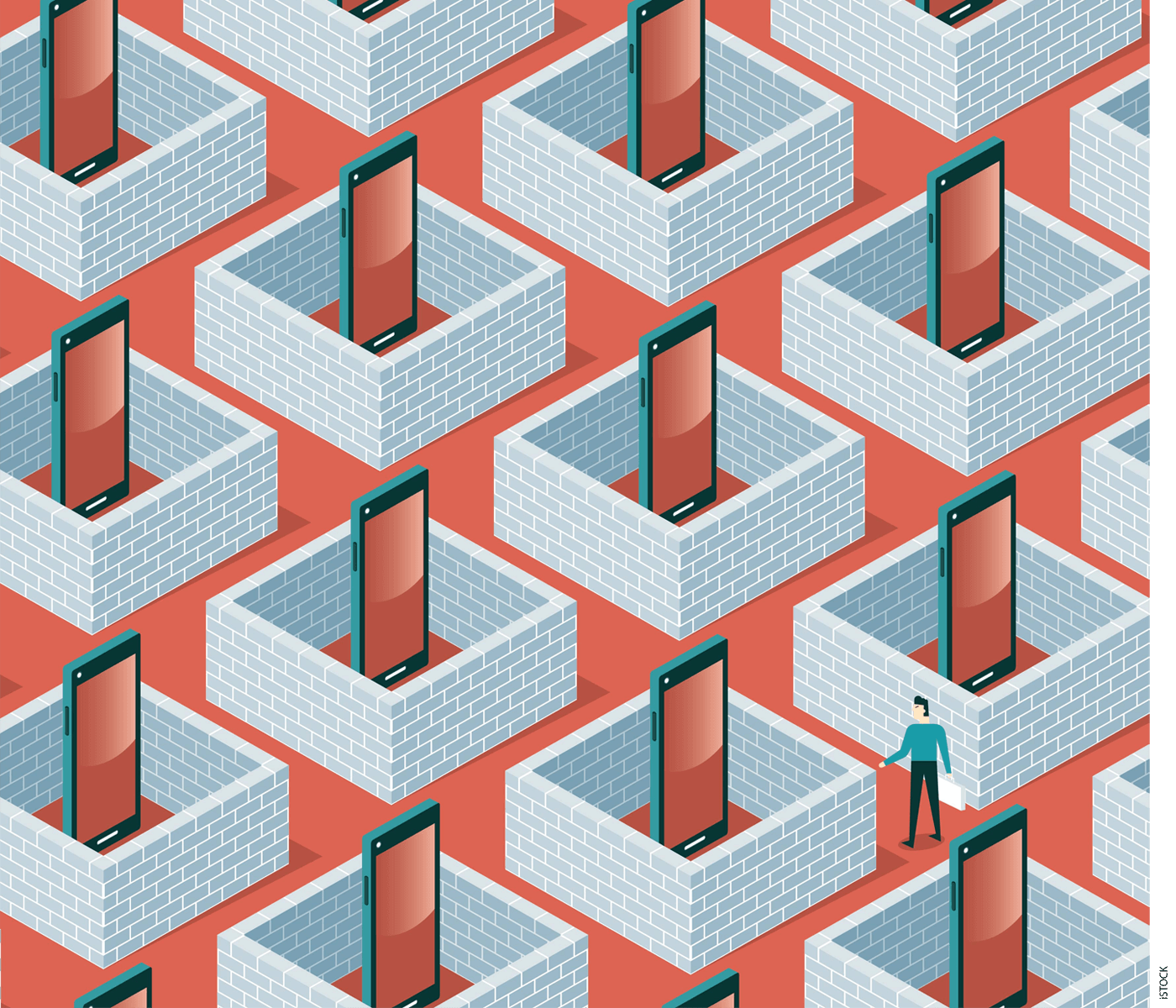 One of the hottest developments in education technology is schools banning technology.

After successive years of remote or hybrid learning, you might imagine tech-weary educators would be going after laptops and Zoom. But they are focused on cellphones, driven by three major concerns: students’ mental health, ability to stay engaged and learn during class, and struggles to focus for long stretches of time without task switching.

There’s an irony here. These bans are proliferating even as there are more useful, engaging, and instructionally sound mobile-learning applications than ever before. That suggests that cellphone bans, while useful in many school settings, shouldn’t be universal. We risk barring teachers, schools, and districts from productively using these apps to drive learning gains.

Where the Phones Aren’t

Some bans are blanket ones at the country or state level. In 2018, France passed a law that prohibited students under 15 from using phones, tablets, and smart watches in schools. The Australian state of Victoria bans phones in primary and secondary schools.

Some schools in the United States have taken similarly dramatic actions. Public schools and districts in Missouri, Pennsylvania, Maine, and New York State have instituted bans, often citing the devices’ ability to distract students from learning. And the Buxton School, a boarding school in Western Massachusetts, instituted a total ban on smartphones on campus after one of its students live streamed two others engaged in a fight. Students now are allowed “dumb” phones, but the constant alerts and capabilities of the smartphones are gone.

Other educators have counseled more moderate approaches to the same effect. Doug Lemov, author of Teach Like a Champion, wrote recently in Education Next that restricting cellphone use doesn’t “mean banning phones, it just means setting rules. These can take different forms, like setting up cellphone lockers at the main entrance, requiring students to use cellphone-collection baskets at the classroom door, or limiting use to cellphone-approved zones in the school building” (see “Take Away Their Cellphones” feature, Summer 2022).

One common method requires that students check their phones when they enter the school building. At several middle and high schools in and around Springfield, Massachusetts, phones are stored in a magnetic pouch that only educators can open until the end of the day. These metal pouches—like the one developed by Yondr, a San Francisco-based company founded in 2014—are commonly used at concerts and comedy shows to eliminate the distraction of mobile phones and allow people to engage fully in the experience before them. That same sales pitch has made pouches popular at many schools.

Although publications like the Boston Globe have editorialized in favor of these bans, not every school system is on board. Tragedies like mass school shootings in Uvalde, Texas, and Parkland, Florida, have given many parents pause about banning phones. The New York City Department of Education, for example, ended a ban on cellphones in schools in 2015, citing parents’ wishes to reach their children during the school day.

According to the federal education department, more than three quarters of public schools prohibited the non-academic use of cellphones during school hours in 2019–20. The phrasing suggests that in that number are schools that are outright banning phones, as well as those who have restricted phones but are consciously leveraging them for academic reasons.

Worries about Mental Health and Focus

Momentum to moderate cellphone usage stems from concerns about students’ mental health. American teenagers are experiencing a significant mental health crisis. According to the Centers for Disease Control, in 2021 44 percent of U.S. high-school students reported “persistent feelings of sadness or hopelessness” in the past year—up from 26 percent in 2009. Visits to emergency rooms for mental health emergencies and attempted suicides are up as well.

What is causing the crisis is disputed. Many pediatric groups and researchers—most prominently psychologist Jean Twenge, the author of the book iGen—have cited correlations in the rise of social media and smartphone use with teenagers’ increasing depression and anxiety to suggest that excessive smartphone and social media use is damaging a generation. But the reality appears more nuanced. One set of studies published in Child Development, for example, used a randomized design to tease apart the emotional impact of receiving fewer likes on social media. It found that although all students suffered a relatively immediate disappointment, it was only teenagers who were more vulnerable to social rejection that suffered a more enduring and significant negative impact.

Still, as Atlantic writer Derek Thompson observed, Twenge’s point may be misunderstood. “Social media isn’t like rat poison, which is toxic to almost everyone,” he wrote. “It’s more like alcohol: a mildly addictive substance that can enhance social situations but can also lead to dependency and depression among a minority of users.”

The other challenge with social media that Twenge cites isn’t the social media itself, but that it replaces sleep and in-person social interactions to such a high degree. Although some have argued there are silver linings to this—such as declines in binge drinking and sexual activity among teens—the impact on adolescents’ loneliness may be contributing to their decline in mental health. And if isolation is the true driver, of course pandemic-related lockdowns and school closures likely contributed to and accelerated some of these trends.

During class, student cellphones present two pressing challenges for teachers: disruption when students use their phones for non-academic purposes during class, and teenagers’ struggles to maintain the deep focus that rigorous academics demand. Sustained attention is unlike many students’ more typical mode of frequent task switching, where they toggle between different apps, which frequent smartphone alerts encourage.

As Lemov wrote, “This is no small thing. … The more rigorous the task, the more it requires what experts call selective or directed attention. To learn well, you must be able to maintain self-discipline about where you direct your attention.”

A lack of practice in focusing could damage students’ abilities to learn and do difficult work, in other words. And some studies have suggested that cellphone bans lead to better learning. One study of high schools in the United Kingdom, for example, showed that schools that banned mobile phones had improved test scores on a year-end test.

It’s All About the Learning Model

Yet while these concerns have led to more cellphone bans, there also has been an explosion in useful learning applications for mobile devices. Think of Duolingo for learning language, or ABC Mouse for learning elementary school subjects, or Quizlet for checking understanding. The ability to learn nearly anything from a phone is better than it’s ever been for all ages of learners.

With the active learning methodologies at the heart of these apps, the learning opportunities on mobile devices are in many ways superior to many of the more passive, video- and text-based ones built for laptops and personal computers. Cellphones may distract from traditional lectures or whole-class instruction. But they also command and can hold individual students’ attention—a precious resource that fuels learning, even if that learning doesn’t look like what we’ve seen before. Phones also may get in the way of students mastering required academic standards, while also connecting students to the information about which they are most curious.

How to explain the paradoxes?

In many learning models, there simply isn’t a productive place for smartphones. But is that the fault of the phone or the model?

Take a case-study classroom, for example. In it, all students are expected to participate in a group discussion to work through a specific situation with a joint set of case facts. If students are instead paying attention to their own devices, the conversation suffers and student learning slows as well.

Contrast that with a foreign-language class where all students work on personalized language modules on Duolingo, for example. They then put their phones away to participate in small-group conversations. (Even before smartphones, a version of this called “language lab” put individual students at headphone stations to work independently with the education technology of the day before rejoining group conversations.) The phone is central to the design of the learning experience. Of course, there’s a risk that students will work on tasks outside of the one assigned. But schools and teachers can use technology to block access to other apps or build on the social dynamics of the classroom to incentivize students to stay on task.

This phenomenon has been true with Internet-connected laptops as well. A 2016 study about a set of West Point classrooms showed that allowing computers when there wasn’t a key purpose for them diminished learning (see “Should Professors Ban Laptops?” research, Fall 2016). On the other hand, a blended-learning model like New Classrooms’ Teach to One relies on laptops to personalize math instruction for middle school students. Research has found students make outsized gains on math tests after successive years of participating in Teach to One classrooms.

One last argument for maintaining cellphones is that schools must teach students to use them responsibly. But many educators’ retort is that they are simply helping show students that there is a time and place for such devices—and school isn’t it.

In that respect, cellphone bans are following the larger trend of banning many things in schools—from books to speakers to certain kinds of speech or topics of debate. Cellphones may make for another easy bogeyman, but blanket bans are ill-informed and regressive. Though we might not see a big reversal in phone bans anytime soon, we should. Educators on the ground should choose for themselves when and whether to allow their students to carry cellphones to class, so they can leverage learning apps to help students make progress.

Michael Horn is an executive editor of Education Next, co-founder of and a distinguished fellow at the Clayton Christensen Institute for Disruptive Innovation, and author of From Reopen to Reinvent.