How did we get here?

Why are some teachers covered, and others aren’t?

As we write about in our new report, the exclusion of teachers from Social Security comes from decisions made decades ago. State workers were left out of the original Social Security Act in 1935, initially because of concerns whether the federal government could tax state and local governments. Later when states were given the opportunity to extend coverage to public sector workers in the 1950s, most states chose to extend coverage. A handful of states, however, chose not to. Instead, these states bet they could provide better coverage through state pension plans alone than through the combination of a pension and Social Security. Indeed, pension benefits for full-career far workers typically have a higher rate of investment return than Social Security. However, this arrangement works well only for the small percentage of teachers who stay 30 or more years in a single retirement system.

Today’s reality is that over half of new teachers will not qualify for a pension at all; and for those who do qualify, many will receive pensions worth less than their own contributions. For a state that opts out of Social Security, at the very least, one would expect that they offered teachers sufficient retirement benefits for each year of work. But that’s far from the case under current systems, which prioritize backloading benefits for full-career workers over providing adequate benefits for all. 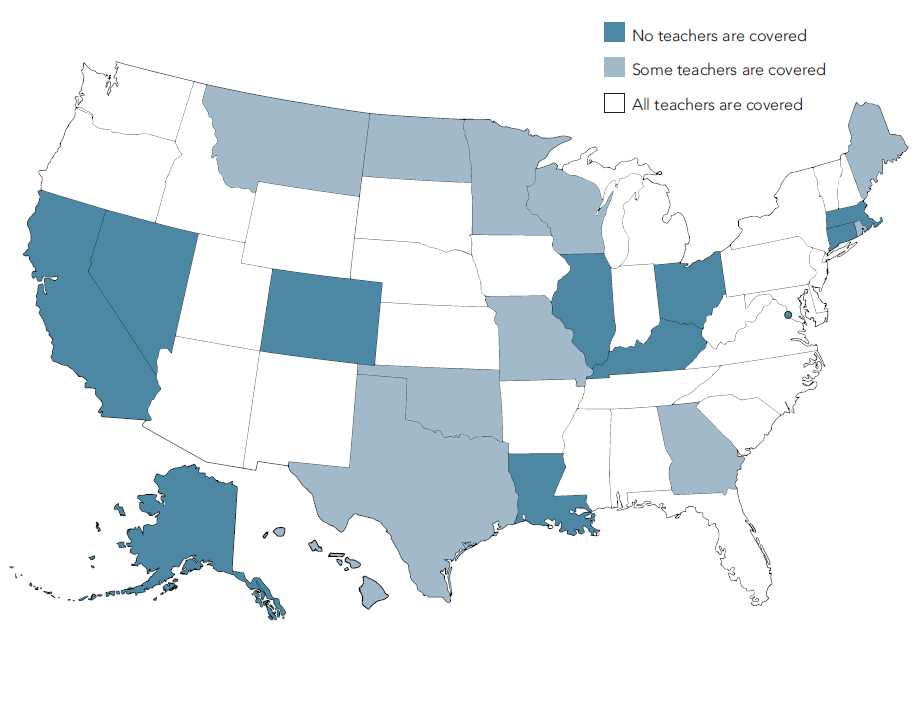 But states aren’t locked into keeping their teachers out of Social Security. When Social Security coverage was extended to the states in the 1950s, each state entered into what is called a Section 218 agreement with the Social Security Administration, detailing the extent of coverage. Today, federal law allows any state or local retirement system to modify their Section 218 agreement and join the program (states that opt into coverage can’t opt out). Certain states have state-level legislation that prohibit teachers from extending coverage, but most states do not have these barriers.

This provides an opportunity for states to reconsider their decades-old decisions. While not sufficient as a stand-alone benefit, Social Security could provide teachers with a floor of secure, inflation-protected, and portable benefits – something many teachers don’t have and genuinely need.