The Miami-Dade County Public Schools spends less per student than the only three larger districts in the country and still manages to deliver top-tier student achievement results. How does the district accomplish this? Is there something special about South Florida that allows the region to get more bang for its educational buck? If you talk to superintendent Alberto Carvalho, he’ll tell you that it isn’t fate or magic but rather prioritizing the classroom, focusing on the drivers of school spending, and keeping that spending in check, something many other school districts could learn from.

How has this happened? Partly, by bucking the “staffing surge.”

At a time when public education’s nonteaching staff grew nationally at a rate more than three times the rate of increase in the pupil population, Miami kept them growing in tandem. Although the number of teachers rose more than the number of students, in terms of total teaching and nonteaching staff, Miami’s growth was 1.6 times student growth, while nationwide it was 2.4 times.

The financial data back this up. To quantify a district’s administrative efficiency, Florida’s Educational Funding Accountability Act requires districts to report administrative expenses and converts them into a measure of funds per full-time-equivalent staff member. These figures are calculated for both general revenue funds and special revenue funds that districts spend. In both cases, Miami-Dade spends below the state average, according to the Florida Department of Education. With respect to general funds, Miami-Dade spends $535.44 per FTE, while the state averages $572.35. With respect to special revenue funds, it spends $34.86 per FTE compared with the state’s average of $35.44. 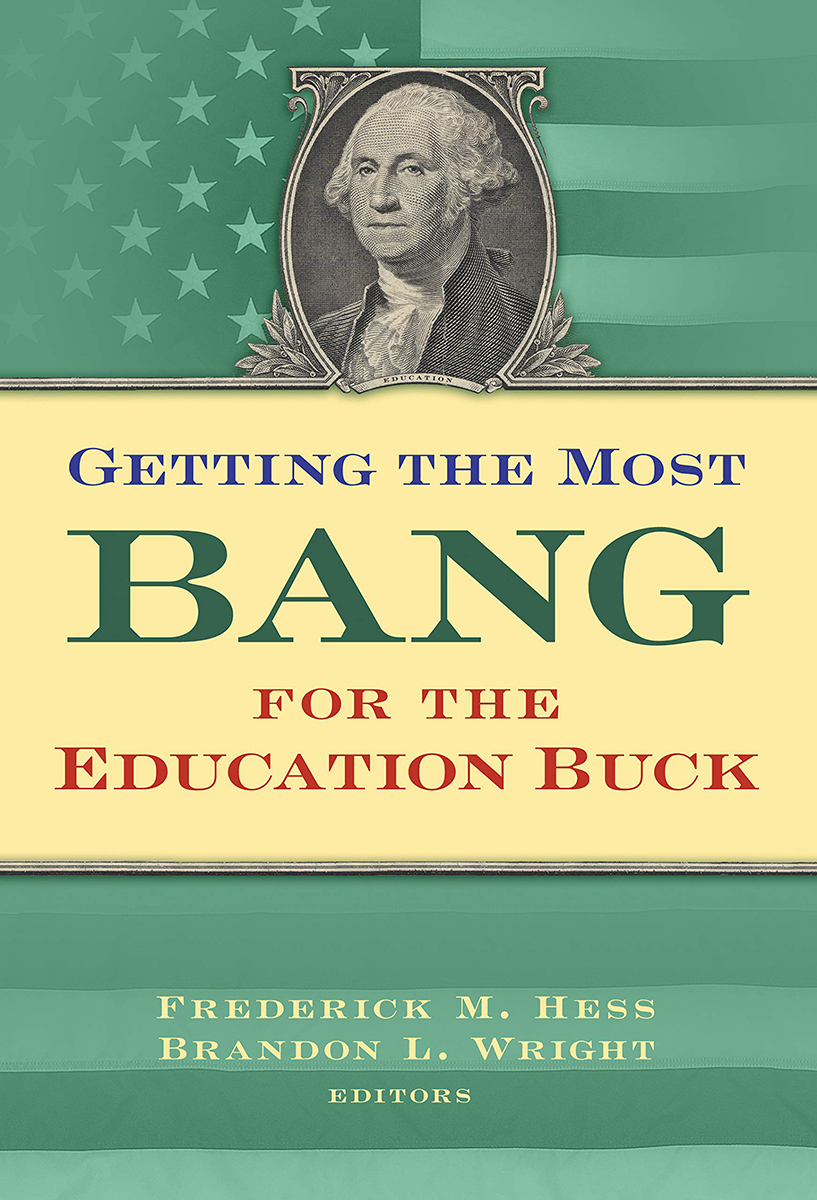 How Miami Made It Work

Much can be attributed to the district’s self-described “recession battle-hardened superintendent” Alberto Carvalho, who took the reins in Miami-Dade in 2008 and spent his first few years coping with the effects of the Great Recession. Where many school districts floundered, Carvalho believes Miami-Dade “turned that crisis into a profoundly transformative opportunity.”

Miami-Dade cut administrative staff by 55 percent, shuttering one of two central office buildings because there were no staff members to fill it. Many of those staff had been educators and were moved back to schools to work more directly with students. Others were simply laid off. The superintendent instituted a “zero-based, value-based budget” process that went line by line through spending and analyzed how every employee and program affected student learning. Even today, he says that “adding a position to our budget is hard,” as tough questions will be asked about whether that job can be done by existing staff, solved by technology, or outsourced to a private provider.

Carvalho stresses that this was “not austerity, but cost reduction and realignment.” He and his staff renegotiated contracts with vendors, refinanced existing debt, and, perhaps most significantly, took the operation of the district’s healthcare system into their own hands.

For several reasons, South Florida is home to some of the largest and fastest-rising healthcare expenses in the nation. The school district has nothing to do with the area’s aging population or high rates of Medicare and Medicaid fraud but must deal with those problems nonetheless. In response to double-digit annual cost increases for health insurance, the school system moved to become its own health-insurance provider. It opened its own medical clinic and heavily subsidized preventive care for its teachers and staff. This has kept healthcare-cost growth at between 4 and 5 percent a year and allowed the district to absorb those costs without passing them onto educators.

The local community has rewarded this fiscal stewardship with two major wins in elections. In 2012, more than 68 percent of voters supported a $1.2 billion bond measure to modernize buildings. Carvalho promised that all the work would be done by the private sector and that these dollars would not add to the district’s bureaucracy. He kept his word. As a result, 71 percent of voters in November 2018 approved a referendum for more funding for teacher pay, which, according to Carvalho, will increase salaries in the district by between 13 and 23 percent. Zero dollars will go toward administration.

What Can We Learn from Miami?

Miami shows that hard times offer an opportunity to rethink how things are done. Many districts need to rework vendor contracts, healthcare arrangements, pensions, and a host of other costly operational facets. When times are good, administrators can look stingy trying to renegotiate these agreements, but when times are tough, the opportunity is there. Districts should still try to rework contracts in better financial times, because, as it turns out, reworking long-term obligations can keep good times going and blunt the effects of bad times. These renegotiations are easier when times are tough, and savvy administrators should realize that and leverage it.

Miami also teaches us that communities respect and reward fiscal responsibility, even though doing the right thing can be difficult. Renegotiating agreements can breed discontent, as can firing staff. Over the long term, however, prudent financial management can yield more resources. Citizens are skeptical of big building projects, realizing that they can be venues for waste, fraud, and abuse. Miami-Dade was wise to meet this perception head-on and to promise the community to prevent these negative outcomes. When the district succeeded, it was easier to return to the voters for higher teacher pay. Yet even then, the district again promised that the money would go where it was supposed to and not bloat the administration of the district. If districts want more money, therefore, the best thing they can do is prove to constituents that they will spend it well.

Finally, Miami proves that the staffing surge is not inevitable; districts don’t have to do it, and they will be okay if they don’t. When asked about stemming the rising tide of administrative staff, Carvalho himself says, “It was not a function of destiny or happenstance.” The district made deliberate choices in the budgeting process to change it. Any district that wants to could do the same.

Why should school districts care about slowing the staffing surge? Well, if districts want to be able to pay teachers more, offer smaller classes, improve facilities, or reduce the kinds of compliance burdens and box-checking that large bureaucracies create, trimming staff can help accomplish these goals and increase constituent trust in the process.

Reprinted and adapted by permission of the Publisher. From Frederick M. Hess and Brandon L. Wright, eds., Getting the Most Bang for the Education Buck, New York: Teachers College Press. Copyright © 2020 by Teachers College, Columbia University. All rights reserved.

Michael Q. McShane is the director of national research at EdChoice.